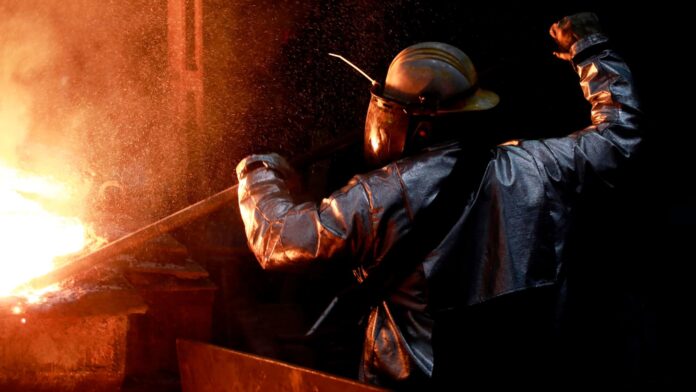 A worker manipulates a cask of molten iron during cookware production at the Lodge Manufacturing Co. factory in South Pittsburg, Tennessee, March 7, 2022.

The U.S. economy added 390,000 jobs in May, better than expected despite fears of an economic slowdown and with a roaring pace of inflation, the Bureau of Labor Statistics reported Friday.

At the same time, the unemployment rate held at 3.6%, just above the lowest level since December 1969.

Economists surveyed by Dow Jones had been looking for nonfarm payrolls to expand by 328,000 and the unemployment rate to edge lower to 3.5%.

Average hourly earnings increased 0.3% from April, slightly lower than the 0.4% estimate. The year-over-year increase for wages of 5.2% was in line with expectations.

Retail trade took a hit on the month, however, losing 61,000 in May, though the BLS noted that the sector remains 159,000 above its February 2020 pre-pandemic level.

Covid-19 omicron shots available, but their effectiveness is unclear