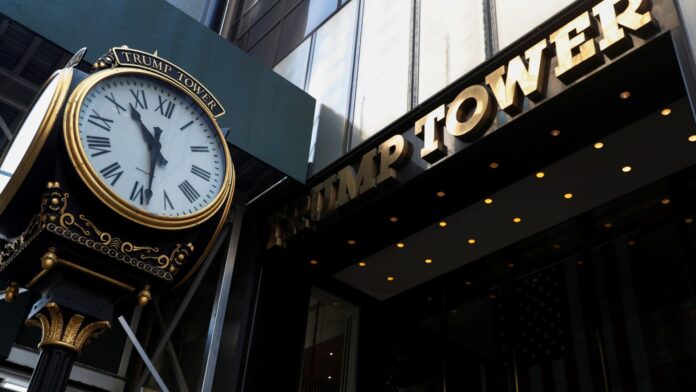 The entrance to Trump Tower on 5th Avenue is pictured in the Manhattan borough of New York City, May 19, 2021.

A New York state judge has approved the appointment of a special monitor to oversee the Trump Organization’s financial statements and reports, and has barred the company from transferring any non-cash assets without notifying the court and the state attorney general’s office in advance.

The ruling from Judge Arthur Engoron on Thursday is a significant blow to Trump and three of his adult children, who were named in a sweeping lawsuit brought in September by New York Attorney General Letitia James.

The suit accused the Trumps and other senior Trump Organization officials of decades of fraud related to financial statements.

Engoron’s written order said the appointment of an independent monitor was justified given the “persistent misrepresentations throughout every one of Mr. Trump’s [Statements of Financial Condition] between 2011 and 2021.”

The monitor would “ensure there is no further fraud or illegality that violates” the New York state law prohibiting fraud.

Trump has fought James’ lawsuit in New York, and on Wednesday he filed a lawsuit against the New York official in Florida. The suit accuses James of violating Trump’s right to privacy in Florida, his current state of residence. It also accuses the attorney general of trying to take control of Trump’s companies through her lawsuit against the Trump Organization.

In a statement Thursday evening, Trump called the ruling “ridiculous,” and urged both New York and Florida courts to stop what he called an “inquisition.”

Engeron’s order also grants a motion filed by James that bars Trump and his company from transferring their assets without telling the court in advance. In her request, James said Trump appeared to be trying to move the Trump companies out of New York state in an apparent effort to get out of James’ jurisdiction.

Trump’s lawyers opposed James’ request for an outside monitor in a court filing on Oct. 27, arguing that a monitor would amount to “a politically motivated attempt to nationalize a highly successful private enterprise.”

Engoron rejected their reasoning, and wrote in his order that the Trump legal team was conflating a court-appointed independent monitor with a court-appointed receiver. A monitor “oversees,” Engoron wrote, while a receiver takes “control of the entire organization.”

Trump lawyer Chris Kise disputed the distinction, saying in a statement Thursday that the judge’s order “seizes control of the financial affairs” of Trump’s company “based on nothing more than gross exaggeration of standard valuation differences,” which Kise said was “common in complex commercial real estate financing transactions.”

Since the suit was first filed in September, Trump’s legal team has made the argument that Trump’s exaggeration of the values of his properties when he sought bank loans was merely part of the negotiating process, and not financial fraud.

Will it be a bust?