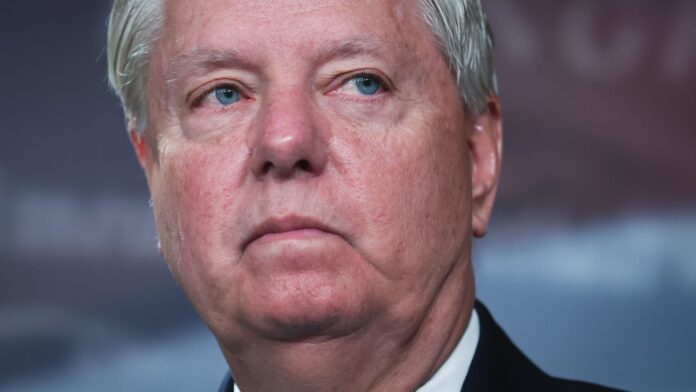 Sen. Lindsey Graham (R-SC) speaks during a press conference at the U.S. Capitol May 10, 2022 in Washington, DC.

A federal judge on Thursday denied Sen. Lindsey Graham’s latest effort to fully quash a subpoena for his testimony before a special grand jury in Georgia as part of its probe into possible criminal election interference by former President Donald Trump and his allies in 2020.

But the judge also limited the scope of the subpoena by ordering that Graham, a South Carolina Republican and close Trump ally, cannot be asked about his “investigatory fact-finding on telephone calls to Georgia election officials” during his testimony.

She was referring to phone calls Graham made to Georgia Secretary of State Brad Raffensperger and his staff in the weeks after the November 2020 election between Trump and President Joe Biden. Graham’s lawyers have argued that those calls were “quintessentially legislative factfinding” by a sitting U.S. senator, and as such are protected by the speech and debate clause of the Constitution.

That off-limits topic includes how the information he gathered “related to his decision to certify the results of the 2020 presidential election,” the judge ruled.

“The Court finds that this area of inquiry falls under the protection of the Speech or Debate Clause, which prohibits questions on legislative activity,” Judge Leigh Martin May wrote in Thursday’s order in U.S. District Court in Atlanta.

But May rejected Graham’s other arguments to either throw out the subpoena or sharply limit the questions that Fulton County District Attorney Fani Willis’ office can ask him.

“As to the other categories, the Court finds that they are not legislative, and the Speech or Debate Clause does not apply to them,” May wrote.

“As such, Senator Graham may be questioned about any alleged efforts to encourage Secretary Raffensperger or others to throw out ballots or otherwise alter Georgia’s election practices and procedures,” the judge ordered.

Graham’s challenge now goes back to the U.S. Court of Appeals for the Eleventh Circuit, where the senator filed an appeal after a previous ruling from Judge May denying his bid to quash the subpoena.

“We are pleased that the district court recognized that Senator Graham’s testimony is protected by the Speech or Debate Clause,” Graham’s office said in a statement later Thursday. “He will continue to defend the institutional interests of the Senate and the Constitution before the Eleventh Circuit.”

The order for Graham’s testimony in Georgia’s probe came one day after John Eastman, a pro-Trump lawyer who worked to overturn Biden’s presidential victory, appeared before the grand jury and refused to answer questions.

Eastman invoked his Fifth Amendment right against self-incrimination, as well as protections under attorney-client privilege, in refusing to answer at least some questions he was asked before the grand jury, his attorneys said.