HomeInvestingKyle Bass says own oil stocks for next decade amid Europe energy...
Investing 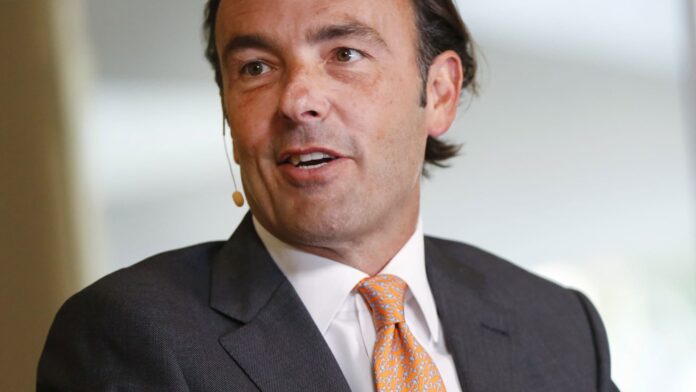 Europe’s energy situation is dire, and it’s a problem that won’t be going away anytime soon, investor Kyle Bass told CNBC. The 27-nation bloc is experiencing soaring gas prices in the wake of Russia’s invasion of Ukraine, resulting in astronomical energy bills for households and businesses. That has leaders calling for reform as they scramble to fill underground storage facilities with natural gas supplies to get people through the winter months. “It’s not just this winter. This hydrocarbon problem is a multi-, multiyear problem,” Bass, chief investment officer of Hayman Capital Management, said Tuesday on ” Squawk Box .” While Russia’s invasion of Ukraine accelerated the issue, Europe’s hydrocarbon policy has been “a slow burn,” he said. Europe has been transitioning to green energy, aiming to end its dependence on Russian oil by 2027. Its plan is to be carbon neutral by 2050 . However, these transitions take 40 years, as evidenced by the transition from coal to natural gas, Bass said. “You have to have more oil and gas for a longer period of time than everyone believes for us to get into a proper transition policy,” he said. How Bass is investing Given this backdrop, Bass said he thinks energy companies — specifically oil and natural gas producers — are worth owning over the next decade. “The forward curve in the U.S. is suggesting that gas prices come down in the next couple years to $4 and below. We’re at $9 plus today,” he said. However, Europe, Japan and Asia won’t have a decline in natural gas demand, he added. “As you see the U.S. exports more and more LNG, U.S. gas prices are going to stay elevated,” Bass said. After years of underperformance, the S & P 500 energy sector has been on a tear the past two years. It’s up 46% year to date and soared 47.7% in 2021.

This cloud company is a buy thanks to its strong margins and moat, Goldman Sachs says