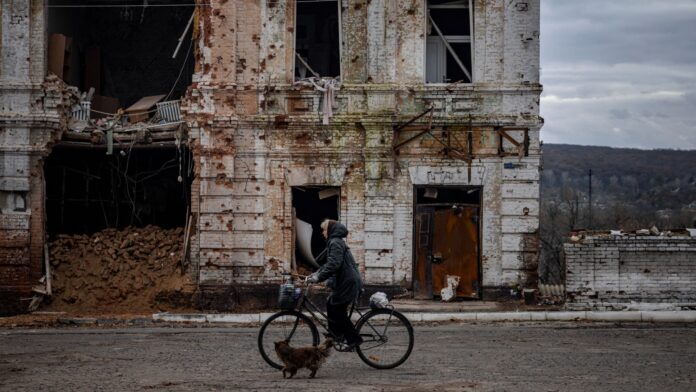 Ukrainian President Volodymyr Zelenskyy praised the work of the International Atomic Energy Agency after it wrapped up its inspection of three nuclear power facilities in Ukraine and found no evidence of undeclared nuclear material or activities.

The inspection, which was prompted by Kyiv inviting IAEA officials to its facilities, was welcome news after Moscow accused Ukraine of building a so-called radioactive “dirty bomb” to use on its own territory.

The results of the inspection confirmed Russia’s “status of the world’s top liar,” Ukrainian Foreign Affairs Minister Dmytro Kuleba said in a tweet.

Meanwhile, Russian missiles hit populated areas of Ukraine’s southern Zaporizhzhia, the region’s governor said, although no casualties were reported. As the battles around Kherson and other parts of Ukraine’s southeast press on, reports of low Russian troop morale continue, with Britain’s Defense Ministry suggesting that Russian troops are being ordered to shoot their own soldiers if they try to retreat. Accounts of this have been shared in independent Russian media outlets.