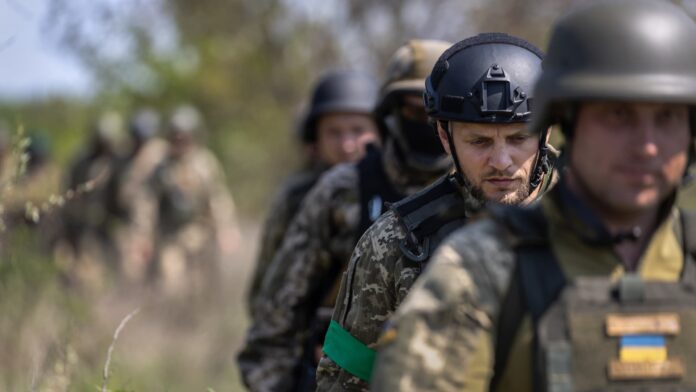 Europe’s largest nuclear power station has become a fighting ground for the conflict, with both sides blaming each other for attacks on and around the complex. Fighting around the facility has sparked fears over the heightened risk of a nuclear disaster. Russian forces remain in control of the plant.

On Monday, Ukraine’s Ministry of Foreign Affairs said in a statement that IAEA Director-General Rafael Grossi will lead a team of 14 inspectors to the nuclear plant.

The mission’s aim, the agency has said, is to “help ensure nuclear safety and security at Ukraine’s Zaporizhzhya NPP and undertake vital safeguards activities.”

In the lead-up to the visit, both Ukraine and Russia repeatedly accused each other of shelling the plant. Ukraine says Russia has turned the plant into an ammo and equipment depot. Yesterday, Ukraine accused Russia of shelling the designated travel corridor that the IAEA team would use to reach it.

Russia did not respond to that accusation, and claimed Ukraine had again shelled the plant. It said radiation levels were at a normal level on Tuesday.

Ukraine’s President Volodymyr Zelenskyy said in his nightly address Tuesday that Ukraine would do what it can to keep the IAEA mission safe.

“Theirs is an important mission and we do all we can for it to be safe and fully operational,” he said, adding that Russia had not stopped its “provocations” on areas where the IAEA mission would have to visit.

“I have hope the IAEA mission will be able to start its activities. The situation at the ZNPP and in Enerhodar and surrounding areas remain extremely dangerous. The occupiers don’t leave the station, continue their shelling, and don’t remove their weapons and ammunition from the station. They are intimidating our service personnel. The risk of a nuclear catastrophe is by no means getting lesser by the hour.”

Ukrainian forces in the south of the country say they have struck key bridges in the Kherson region as their counteroffensive to retake the Russian-occupied city gathers pace.

In an update on Facebook, Ukraine’s Operational Command “South” said that missile and artillery units had carried out four strikes on Russian control and command points as well as four “logistical arteries” into Kherson — the Kakhovsky, Darivsky, and two Antonivsky bridges — with the damage inflicted on the bridges restricting the Russians’ use of them as supply routes for their forces in the city.

Ukraine’s military also said that its forces had killed almost 160 Russian troops in the region and destroyed 60 pieces of enemy equipment overnight.

“In our operating area, the environment is steadily complex but controlled. The destruction of hostile logistic paths, reserves and control points continues,” the operational update from the unit said. It added that Russia’s occupying force was “mostly demoralized, but continues to resist.”

Ukraine had flagged earlier this summer that it planned a counteroffensive to retake lost territory in southern Ukraine but some officials have become more tight-lipped about the offensive since it began earlier this week, wary of giving away tactical information or of building expectations of a quick victory in Kherson.

Nataliya Humenyuk, the head of the United Coordinating Center of Security and Defense Forces of the South of Ukraine, said during a press conference on Monday that “the most important thing to know at the moment is that any military operation requires conditions of silence, and the fact that any news from the front causes such a stir is actually very wrong.”

While the counteroffensive had “inspired everyone,” she said, “you need to be patient and understand the rules and sequence of actions of military units.”

Russia has turned Zaporizhzhia nuclear power plant into a military base, Ukraine says

Oleksandr Starukh, the head of Zaporizhzhia’s regional military administration, told reporters that Russia has turned the nuclear power plant into a military base and has begun storing heavy equipment there.

“It is worth noting that even in such difficult conditions, Ukrainian personnel continue to work there and make maximum efforts to ensure nuclear and radiation safety,” Starukh said, according to an NBC News translation.

“I emphasize that the only way is complete demilitarization. The occupiers must leave the station and take away all equipment and weapons. The security of almost the entire world depends on this,” he added.

Mikhail Gorbachev, who as the last leader of the Soviet Union waged a losing battle to salvage a crumbling empire but produced extraordinary reforms that led to the end of the Cold War, has died. He was 91.

The Central Clinical Hospital said in a statement that Gorbachev died after a long illness. No other details were given.

Kremlin spokesman Dmitry Peskov said in a statement carried by Russian news agencies that Russian President Vladimir Putin offered deep condolences over Gorbachev’s death and would send an official telegram to Gorbachev’s family in the morning.

Though in power less than seven years, Gorbachev unleashed a breathtaking series of changes. But they quickly overtook him and resulted in the collapse of the authoritarian Soviet state, the freeing of Eastern European nations from Russian domination and the end of decades of East-West nuclear confrontation.

His decline was humiliating. His power hopelessly sapped by an attempted coup against him in August 1991, he spent his last months in office watching republic after republic declare independence until he resigned on Dec. 25, 1991. The Soviet Union wrote itself into oblivion a day later.

Ukrainian police officers document the destruction at one of Europe’s largest clothing market “Barabashovo” (more than 75 hectares) in Kharkiv on May 16, 2022, which was destroed as aresult of shelling, amid Russian invasion of Ukraine.

Ukraine may see its coldest winter season in decades, warned the head of Naftogaz, the country’s national gas company.

Naftogaz chief Yuriy Vitrenko said most of the country is grappling with damaged infrastructure due to Russian shelling and won’t be able to properly heat their living quarters.

He also said that Ukrainians should begin stocking up on warm clothing and blankets. Average winter temperatures in Ukraine can fall below 14 degrees Fahrenheit.

U.S. will ‘stand with Ukraine for as long as that takes,’ State Department says

Ukrainian soldiers move U.S.-made missiles on Feb. 13, 2022. The U.S. could announce new military aid for Ukraine as early as this week, a defense official and an administration official said.

A State Department official downplayed concerns that the U.S. has low stockpiles of weapons, reiterating the importance of providing additional security assistance packages for Ukraine.

“Our belief is, is that we will do everything we can to ensure that Ukraine can defend itself, can defend its territorial sovereignty and territorial integrity,” said principal deputy spokesman Vedant Patel when asked about reports of low U.S. arsenals.

“We are going to continue to stand with Ukraine for as long as that takes,” he said, adding that the U.S. will continue to impose additional economic costs on Russia.

Patel did not confirm reports of low U.S. stockpiles nor did he elaborate on what types of economic costs would be imposed on Russia.

A top Ukrainian official said Russian forces were trying to disrupt the inspection of the Zaporizhzhia nuclear power plant.

The International Atomic Energy Agency sent a team of scientists and safety experts earlier this week to inspect the plant, which the Russian military has occupied since March 3.

Pro-Ukraine volunteers from Chechnya train near Kyiv over the weekend. The Zelenskyy government has displayed growing confidence in recent weeks, increasingly taking the initiative in a conflict that the Kremlin itself has admitted is stalled.

The battle for the Russian-occupied city of Kherson in southern Ukraine is heating up Tuesday with several reports of missile strikes around the city and shooting on the streets of some neighborhoods.

One Ukrainian official said earlier today that the country’s forces had struck a Russian ammo depot while a deputy of the Kherson Regional Council, Serhii Khlan, said on Facebook that Russian forces were sending military equipment from Crimea to the city, in order to defend it from Ukraine’s counteroffensive to retake the city.

He said Ukraine was carrying out strikes on the Antonivka Bridge — a key element of a transport route into Kherson — to try to prevent the column reaching it.

“The Russians are forming large columns of equipment in Crimea and sending them towards the temporarily occupied Kherson region. It is important to make sure that this equipment is not moved to the front line. And here we are watching – strikes on the Antonivka Bridge again,” he said on Facebook.

Most, a local news outlet in Kherson, has also reported intense shooting in several Kherson neighborhoods. CNBC was unable to immediately verify the reports.

Goldman’s playbook on what to buy and sell with the U.S. dollar surging