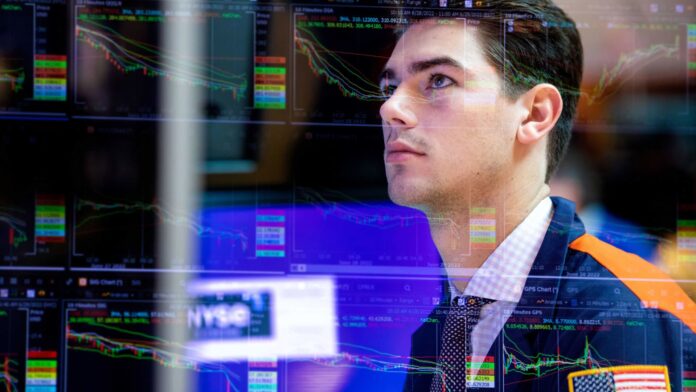 This is the daily notebook of Mike Santoli, CNBC’s senior markets commentator, with ideas about trends, stocks and market statistics. Some signs of a chase show up as the indexes hustle toward their next upside test, with some hesitation just short of some bullish targets as Treasury yields retrace higher and more reports of Big Tech hiring slowdowns emerge. Part of Tuesday’s very strong, quite broad rally was tentative relief over reports natural gas would again start to flow into Europe from Russia, yet now the talk is of blackmail and rationing . Euro weaker against the dollar, halting the dip in the U.S. dollar index that had aided the equity rebound since last Thursday. The breakout in the S & P 500 above its April-June downtrend line and the 50-day moving average is a decent bit of progress for the bulls. As circled above, we’ve seen earlier recoveries above the 50-day moving average this year that didn’t stick, so no all-clear sign . But the breadth of the Friday and Tuesday rallies, taken together, gave some ammunition to those suggesting the June lows could prove important. SentimenTrader says every time there has previously been at least 87% upside volume two of the prior three days within 30 days of a 52-week low (as just happened), it has meant the market was always higher one year later. There’s plenty of potential for downside chop and scares even then, but worth keeping in mind. Speaking of sentiment, it’s barely off the mat by most measures. Investors Intelligence bull-bear ratio finally pulled above zero after one of the longest stretches in negative territory. Prior times it has crossed above zero were after the lows in 2020, late 2018, early 2016 (after some false signals) and late 2011. Another worthy data point, though, as ever the 2008 experience shows this isn’t a foolproof indicator that it’s time to take on lots of new market risk. A headline implying Google would pause hiring hit the stock and seemed to pull the indexes lower just after noon, perhaps a sign things were stretched enough to react starkly to a not-wholly-new bit of news . The market surely fears a harsher retrenchment cycle among Big Tech firms, even if the Federal Reserve wants to cool the labor market. Credit continues to rally nicely. Junk spreads are coming in further after gapping to two-year wide levels recently. Supportive of the stock market for now. Expectations were low enough for Netflix for the stock to bounce mildly, but not to liberate it from “growth purgatory.” Interesting to compare NFLX to PayPal : In 2021, each was granted a rich valuation as the crowd was sure no price was too high for the leading player in an inexorable secular movement in the digital economy (payments and TV). Each hit a growth hiccup: The stocks had a bad momentum break, and 2022 became a “reset year” with down earnings with an expected rebound to 2021 EPS in 2023. Each now has barely more than a market price-earnings on forward numbers. Much repair work to do, even if much valuation risk has bled out of the stocks. A two-year look at the shares: Market breadth is soft after Tuesday’s buying stampede: 50-50 on NYSE, softer on Nasdaq. Bulls will look for the S & P to hold above 3920-ish to keep the breakout story intact. VIX is off by a small amount, in the 24s. Relatively muted index moves are keeping it in check with the S & P sitting on a 7% to 8% cushion above the June lows.

Why another stablecoin losing its peg isn’t ‘Terra 2.0’