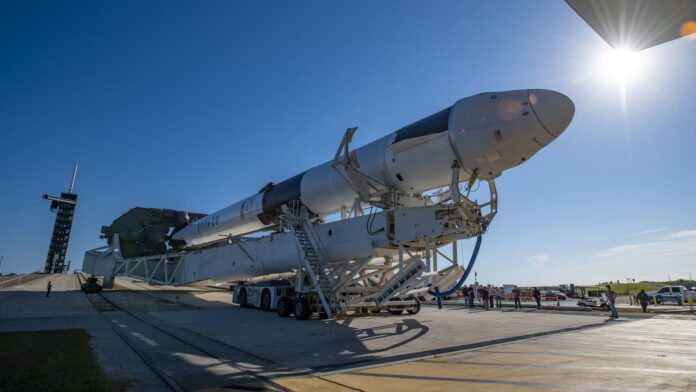 The company’s Cargo Dragon spacecraft rolls out to the launchpad in Florida atop a Falcon 9 rocket.

Mattel inked a multiyear deal with Elon Musk’s SpaceX to create a line of toys inspired by the space venture, the companies announced Wednesday.

“As space exploration advances more quickly than ever before, we are thrilled to work with SpaceX and help spark limitless play patterns for the space explorer in every kid,” said Nick Karamanos, Mattel’s senior vice president of entertainment partnerships, in a news release.

The El Segundo, California-based toy company expects to begin releasing the SpaceX product line in 2023. The partnership was announced ahead of the anniversary of when humans first landed on the moon’s surface in 1969.

SpaceX has long sold merchandise through its own website, but those items have typically been limited to shirts, jackets and other accessories such as hats and bags.

With Mattel’s help, SpaceX can delve into ventures such as plush, dolls or building sets with a veteran toy manufacturer. The collectors market has become a lucrative space for Mattel and other companies including Hasbro and Funko, so exclusive licensing deals for specific pop culture brands with notable fan bases has become increasingly important.

This isn’t the first time Mattel and Musk have linked up to create toys. In early 2020, Mattel created two remote-controlled vehicles based on Tesla‘s Cybertruck.

This new partnership comes just months after Mattel sent two Barbie dolls into space as part of a collaboration with the International Space Station National Lab to encourage girls to consider aerospace, engineering and STEM careers.

The toy company, which has undergone a revitalization under CEO Ynon Kreiz over the last four years, has made a number of strategic license agreements to bolster its business. In January, Mattel announced that it recouped the lucrative Disney princess license from rival Hasbro and will start selling toys based on beloved princess characters from the “House of Mouse,” such as Anna, Elsa and Merida, in 2023.

Mattel declined to comment further, as it is set to report second-quarter earnings after the bell Thursday.

A representative for SpaceX also did not immediately respond to a request for comment.