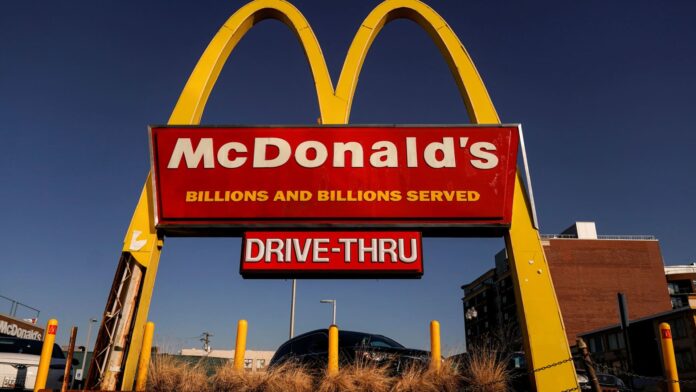 The logo for McDonald’s is seen on a restaurant in Arlington, Virginia, January 27, 2022.

McDonald’s is making changes to how it awards franchises in the hopes of attracting more diverse candidates, the latest shakeup in how the burger chain’s management oversees its franchisees.

Starting in 2023, the fast-food giant will evaluate every potential new operator equally. In the past, the spouses and children of current franchisees have been given preferential treatment.

“We’ve been doing a lot of thinking about how we continue to attract and retain the industry’s best owner/operators – individuals who represent the diverse communities we serve, bring a growth mindset and focus on executional excellence, while cultivating a positive work environment for restaurant teams,” McDonald’s U.S. President Joe Erlinger said in a message to franchisees that was viewed by CNBC.

McDonald’s will also separate the process through which it renews franchisees’ 20-year agreements from the assessment of whether the franchisee can operate additional restaurants. Additionally, Erlinger told U.S. franchisees that the company will incorporate its values more clearly into its standards for franchisees.

McDonald’s declined to comment on the changes to CNBC.

The company recently came under pressure for a plan to roll out a new grading system early next year that rankled some franchisees, who have concerns about potentially alienating workers.

McDonald’s has about 13,000 franchised locations in the United States. More than 1,750 locations were sold last year, in part because some operators chose to exit the franchise, according to Restaurant Business Online.

In December, McDonald’s pledged to recruit more franchisees from diverse backgrounds, committing $250 million over the next five years to help those candidates finance a franchise. It’s part of the company’s broader attempts to embrace diversity at all ranks of the company.

Black franchisees, both current and former, have sued the chain in recent years, alleging racial discrimination. One of the suits was dismissed, while another resulted in a $33.5 million settlement from McDonald’s.

The majority of the company’s shareholders voted in favor of an independent civil rights audit in late May. The proposal was nonbinding, but the company said it has hired a third party to conduct a diversity assessment.

Economy contracts by 0.1% in second quarter