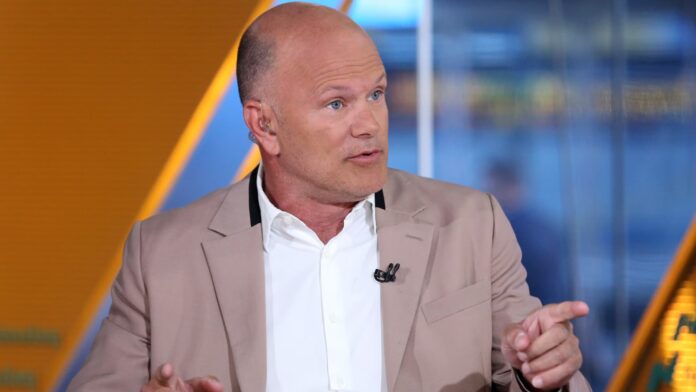 Retail investors have been instrumental to the growth of cryptocurrencies, and interest in the space will continue despite the recent sell-off, according to Galaxy Digital CEO Michael Novogratz. “What I’ve been surprised with throughout this entire cycle, starting in 2013, is the resiliency of retail,” he said Tuesday on CNBC’s ” Squawk Box .” “They just keep coming back… young kids especially see crypto as their generational way to participate in markets,” he added, before acknowledging that there’s been a “lot of damage to retail.” “It’s been an industry that has lived through many cycles. This is the most painful because it’s coming from the largest market cap, and it’s done real damage,” he said. Bitcoin , the world’s largest cryptocurrency, briefly fell below $21,000 on Tuesday as investors pull money from the space. Rampant inflation and the prospect of higher rates have weighed on crypto assets, as well as the broader market. “I’m sure there’ll be plenty of head scratching to try to figure out what went wrong, but that all damages retail confidence,” he said, noting that regulators are supposed to protect retail investors. “I think confidence is going to get low for a while, but I’m pretty confident that it will come back,” Novogratz said. The long-time crypto bull believes a bottom is likely near for digital tokens including bitcoin. “We’ve gone levels that I think should be close to the bottom: $20,000 bitcoin, $1,000 ethereum. There’s been a tremendous amount of capitulation and fear,” Novogratz said. “Usually not a good area to sell … it doesn’t mean we can’t go lower. I think the macro environment is still pretty challenging out here.” Bitcoin is now nearly 70% below its all-time high from November 2021. – CNBC’s Yun Li contributed reporting.

CEOs on gas, renewables and the energy crisis