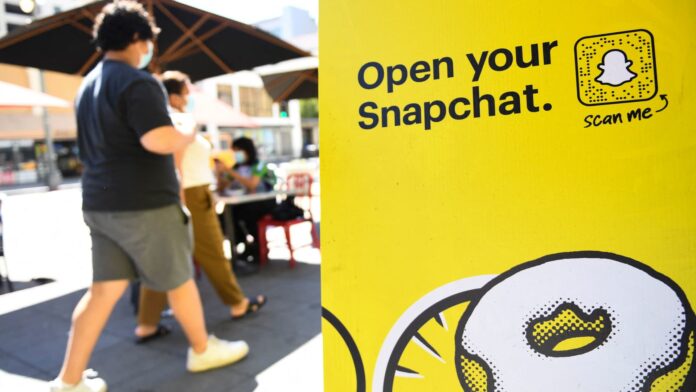 Now is not the time to buy shares of Snap as the social media company faces ongoing headwinds to its advertising business in a weakening macro environment, Morgan Stanley says. Analyst Brian Nowak double downgraded the stock to underweight, saying in a note to clients Monday that the company faces execution risk and potential ad dollar losses in a toughening economic picture. “We don’t think SNAP’s ad business is as developed (and performance, “always on” driven) as we previously did…and growing this type of business through a weakening macro environment is likely to be even more challenging,” Nowak wrote. The note from Morgan Stanley comes after the social media company’s disappointing second-quarter results, which sent shares of the Snapchat parent plunging about 39% in one day and brought with it a slew of analyst downgrades . The results have made Morgan Stanley “more cautious” about the stock while also offering further clues into the company’s “less developed” advertising business and its shift toward branded advertising spending in a post-IDFA world, Nowak said. “The macro challenge now is that those branded dollars are among the first to be cut in times of economic weakness,” he wrote. “Combine this with the fact that in order to grow SNAP must continue to convince new advertisers to come onto the platform and experiment (which we think will be more difficult through periods of economic weakness) and the outlook becomes much less certain.” At the same time, TikTok poses a growing risk to Snap as it continues to expand its ad revenue and potentially offers lower costs. “The platforms that are most at risk to lose to TikTok are those that have ad businesses that are more branded dependent and less performance (transaction) driven,” Nowak said. “Our learnings from SNAP last week increase this risk.” Shares of Snap have plummeted a whopping 78% since the start of the year and given the bank’s fresh $8 price target, shares are due for another 20% drop from Friday’s close price, according to Morgan Stanley. Along with the downgrade, Morgan Stanley trimmed revenue estimates for 2022 and 2023, which also includes an expected ad revenue decline for the third and fourth quarters of this year. The bank now anticipates a delay in the social media company generating substantial free cash flow until 2025. — CNBC’s Michael Bloom contributed reporting