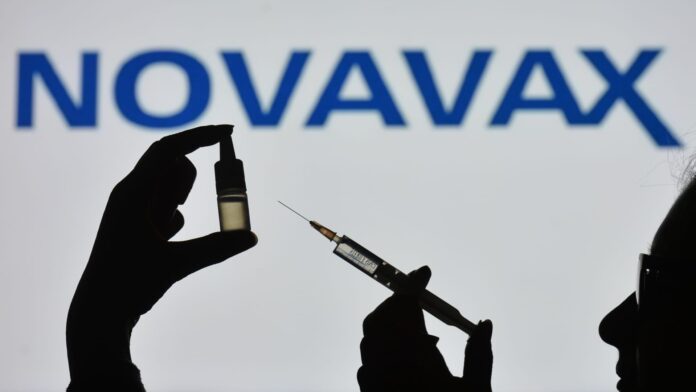 In this photo illustration a silhouette of a man holding a medical syringe and a vial seen displayed in front of the Novavax logo on a screen.

The Covid-19 vaccine maker reported a net loss of more than $169 million for the third quarter, compared to a loss of $322 million in the same period last year.

Novavax reported third quarter revenue of $735 million, a more than 300% increase year over year. The company’s stock rose more than 2% in extended trading.

Here’s how the company performed compared with what Wall Street expected, based on analysts’ average estimates compiled by Refinitiv:

But Novavax also revised its 2022 revenue guidance down to $2 billion, the lower end of its previous forecast. The company previously slashed its annual revenue expectations by 50% to a range of $2 billion to $2.3 billion in the second quarter. Covid vaccine demand has softened globally as the pandemic has eased and more people are immunized than ever before.

The Food and Drug Administration authorized a booster dose of Novavax’s Covid vaccine for people ages 18 and older last month. The authorization was a major milestone for the company because the FDA also allowed people who got Pfizer and Moderna as their primary series to receive Novavax as their first booster.

The FDA first approved the Novavax’s primary vaccination series back in July. Although Novavax was one of the original participants in the race to produce a Covid vaccine, the company struggled to gets its manufacturing up and running and fell behind Pfizer and Moderna.

As a consequence, the small Maryland biotech company has struggled to break into the U.S. market. Only 43,000 doses have been administered in the U.S. so far.

Investors betting short term will miss out when Powell ‘wins’

In a recession, turn to these stocks with a history of raising dividends