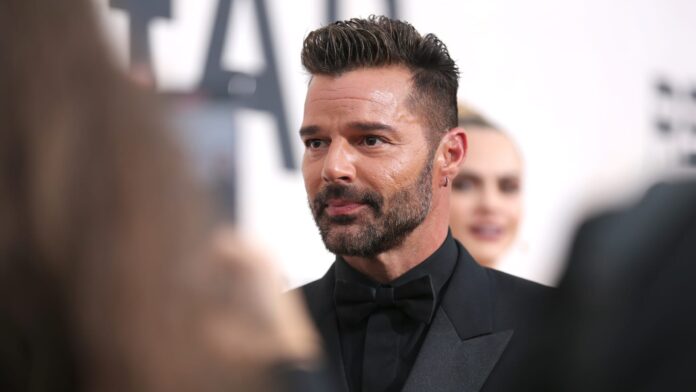 Singer Ricky Martin during the amfAR Cannes Gala 2022 at Hotel du Cap-Eden-Roc on May 26, 2022 in Cap d’Antibes, France.

A judge on Thursday decided to not extend a temporary restraining order placed against Ricky Martin this month by his nephew after the relative dropped the case.

In a virtual court hearing, the nephew “voluntarily desisted” from moving forward and said he no longer needed the protection order, a court spokesperson told NBC News.

The order, which was set to expire Thursday, was granted July 1 under Puerto Rico’s Domestic Violence Prevention and Intervention Law, also known as Act 54, after the nephew alleged he sustained a romantic relationship with Martin for seven months and now “fears for his safety,” according to documents obtained by Telemundo and shared with NBC News.

The judge made the decision after a court hearing that was not open to the public or the press since cases brought forward under Act 54 are considered civil and confidential to protect the identity of the person coming forward with the allegations.

Martin and his nephew attended the hearing virtually, according to the court spokesperson.

A lawyer for Martin told NBC News on Wednesday that the singer was prepared to “directly address the judge at the hearing” and deny he had any romantic or sexual relationship with his nephew.

Martin was also going to challenge accusations that he stalked and harassed his nephew, the lawyer said.

In the protection order filed this month, the nephew also accused Martin of calling him frequently and “hanging around his residence on at least 3 occasions” after they “separated 2 months ago.”

Marty Singer, one of Martin’s attorneys, previously said that “the person who made this claim is struggling with deep mental health challenges. Ricky Martin has, of course, never been — and would never be — involved in any kind of sexual or romantic relationship with his nephew.”

In a Facebook livestream this month, Eric Martin, one of the singer’s half brothers, also said the allegations were made by a nephew who suffers from “mental health problems.”

While police named the person who filed the complaint, Martin’s nephew, NBC News does not typically identify victims of alleged domestic abuse.

The man told police he answered a phone call from a Canadian area code at 9:05 p.m. and heard a man’s voice “threatening him with death if he spoke at the hearing,” the police statement said. One minute later, he received another phone call from a New York number in which a man named the street where he lives.

Both numbers appear to be disconnected as of Wednesday evening.

Attorneys for Martin said in a statement Thursday following the hearing: “Just as we had anticipated, the temporary protection order was not extended by the Court. The accuser confirmed to the court that his decision to dismiss the matter was his alone, without any outside influence or pressure, and the accuser confirmed he was satisfied with his legal representation in the matter.”

“This was never anything more than a troubled individual making false allegations with absolutely nothing to substantiate them,” they added. “We are glad that our client saw justice done and can now move forward with his life and his career.”

Want a risk-free 4% return? How investors can buy a simple Treasury