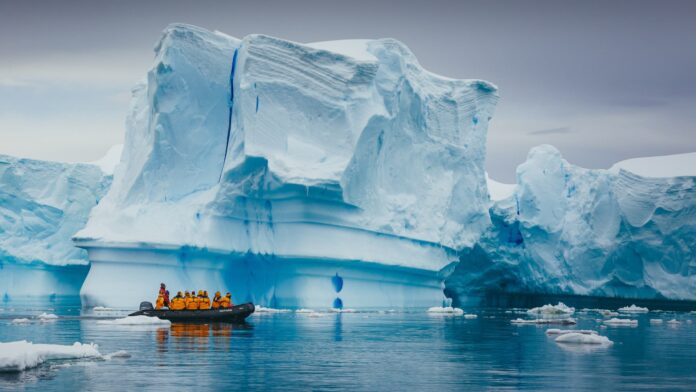 Scientists have found microplastics in fresh Antarctic snow for the first time, highlighting the extent of global plastic pollution as even the most remote regions experience contamination.

Researchers from the University of Canterbury in New Zealand gathered samples of snow from 19 different sites in the Ross Ice Shelf in Antarctica and discovered plastic particles in all of them, according to a report published this week in the journal Cryosphere.

Most of the particles were from a type of plastic called polyethylene terephthalate, which is found in clothing and water bottles. The study found an average of 29 particles per liter of melted snow, higher than marine concentrations previously reported from the surrounding Ross Sea and in Antarctic sea ice.

When University of Canterbury Ph.D. student Alex Aves traveled to Antarctica in 2019 to collect snow samples, “we were optimistic that she wouldn’t find any microplastics in such a pristine and remote location,” associate professor Laura Revell said in a statement.

At the time, there was little research on the presence of microplastics in the air, and scientists didn’t yet know the scope of the problem. After Aves’s discovery, Revell said that “looking back now, I’m not at all surprised.”

“From the studies published in the last few years we’ve learned that everywhere we look for airborne microplastics, we find them,” Revell said.

Microplastics are plastic pieces that are smaller than a grain of rice. They are harmful to environmental health and can lead to limited biological and reproductive functions in organisms. Microplastics also can potentially exacerbate climate change by accelerating snow and ice melt.

Researchers suggested that the microplastics found in the snow samples could have traveled thousands of kilometers through the air. But they said it’s just as likely that the presence of humans in Antarctica has established a microplastic footprint.

“It’s incredibly sad, but finding microplastics in fresh Antarctic snow highlights the extent of plastic pollution into even the most remote regions of the world,” Aves said in a statement.

Amazon set to begin new round of layoffs affecting over 18,000 people