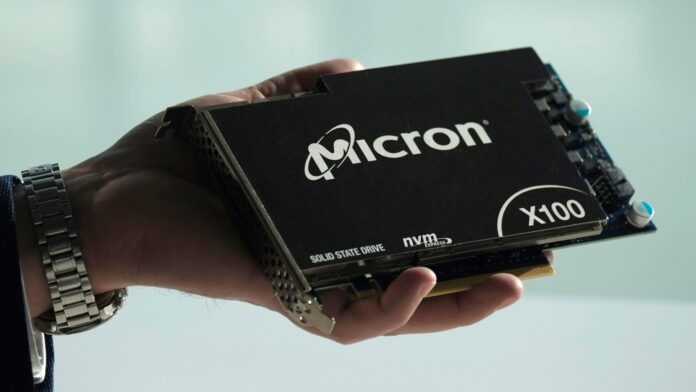 Micron Technology ‘s exposure to consumer markets such as smartphones and personal computers could prove problematic in the near term, according to Piper Sandler. Analyst Harsh Kumar downgraded the semiconductor stock to underweight from neutral, citing risks from cyclical consumer products markets and pricing headwinds within the dynamic random-access memory market. “Our downgrade is largely due to the company’s oversized exposure to mobile, PCs, and other consumer end-markets and the associated trends in the macroeconomy,” Kumar wrote. “Today, the company has roughly 55% exposure to PCs, mobile, and other markets. In addition, the DRAM market, which represents over 70% of total revenue, has already started to see price declines for most configurations.” Many consumer products sectors have come under pressure in recent months as consumer spending relaxes on fears of an economic slowdown and rising inflation. On top of that, the Federal Reserve has raise rates twice this year in an effort to fight those inflationary pressures. At the moment, the Piper Sandler only sees promise in Micron’s data center business which makes up under 30% of total revenue. “In the current economic environment, our bias is to lean toward companies that have differentiated models and have much more sustainable gross margins,” Kumar wrote. Along with the downgrade, Piper Sandler cut its price target on Micron to $70, representing a 7.1% downside to shares in the near term. Micron’s stock is down 19.1% on the year. — CNBC’s Michael Bloom contributed reporting