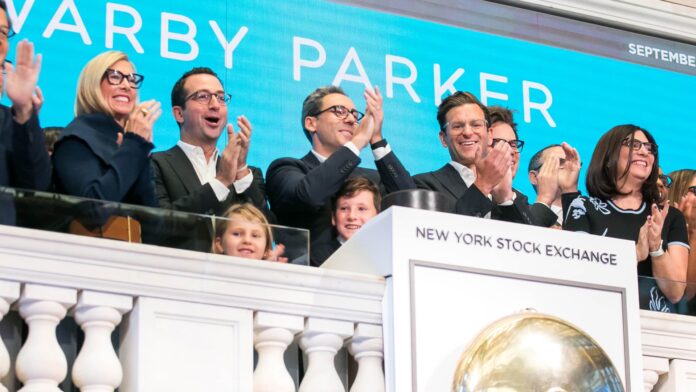 Here are Friday’s biggest calls on Wall Street: Barclays downgrades AT & T to equal weight from overweight Barclays said in a note to clients after AT & T’s earnings report that it has “credibility questions” which are likely to persist. “AT & T’s results, while being impacted to some extent by the macro backdrop, are likely to renew concerns about management credibility. AT & T’s forward commentary may also fuel broader concerns about industry growth visibility in the coming quarters.” MoffettNathanson downgrades Paramount Global to underperform from neutral Moffett downgraded the stock due to growing ad pressure. “Despite the continued momentum at Paramount+ , we downgrade PARA as the growing risk of lower advertising puts additional pressure on the company’s ability to grow EBITDA and FCF to match prior levels.” Morgan Stanley downgrades Micron to underweight from equal weight Morgan Stanley downgraded the computer data and storage company due to worsening conditions. ” Micron’s quarter has lead to customers questioning the need to maintain large inventory buffers, while competitors are suddenly offering 20%+ price declines vs. 2Q in exchange for volume commitments.” Read more about this call here. Bernstein upgrades Unilever to outperform from market perform Bernstein said the multinational consumer goods company is “best positioned to benefit from a commodity reversal.” “This isn’t about long term fundamentals. This is about a tactical move, looking for the stocks that have most rebound potential from lower commodities and don’t have any obvious other risks. We select Danone, Unilever and Beiersdorf as best positioned to benefit from a commodity reversal.” Goldman Sachs downgrades Snap to neutral from buy Goldman downgraded the stock after its disappointing earnings report on Thursday. “Looking forward, we expect Snap as a stock to be range bound for the short/medium term as investors digest a new normal of depressed revenue growth, optimized hiring cadence (while still making investments in platform evolution) and low/no visibility as to improved operating performance.” Read more about this call here. Citi downgrades Discover to neutral from buy Citi downgraded the payment and credit card company due to uncertainty over an investigation into student loan servicing. “We are downgrading Discover Financial to Neutral/High Risk (2H) from Buy due to increased uncertainty surrounding its newly announced independent internal investigation into its student loan servicing practices.” Piper Sandler initiates Warby Parker and Nordstrom as overweight Piper said in its initiation of Nordstrom that it has tail winds that will persist. The firm also said it sees improving store traffic for Warby Parker. “We believe that OW-rated JWN (return to work, going out) and RVLV (going out) have tailwinds that should persist for 2H. JWN has improved execution, and comparisons remain easy. OW-rated WRBY should continue to benefit from improving store traffic trends and a push into broader eye care solutions.” UBS downgrades Scotts Miracle-Gro to neutral from buy UBS said it sees a “limited” top and bottom line recovery for the company. “Worst May Be Over, But Limited Visibility On Recovery Moves Us To Sidelines. We are downgrading SMG to Neutral from Buy as we believe limited top/bottom line recovery coupled with a levered balance sheet (~6x over the next 12 months) will keep shares range bound until the next lawn & garden season.” Citi opens a positive catalyst watch on Splunk Citi said it sees several positive catalysts ahead for Splunk. “However, we concede SPLK remains a catalyst-rich stock, featuring a new CEO with a strategic & operational value creation track record and strong ties/reputation with the reseller ecosystem, an analyst day on the horizon.” Craig-Hallum downgrades Seagate to hold from buy Craig-Hallum downgraded the stock after the company’s earnings report, noting it sees multiple macro headwinds for Seagate. “The company also guided Q1 well below expectations as they take actions to reduce their manufacturing plans to attempt to maintain supply discipline and lower inventory levels particularly in consumer end markets and the Asia/China region.” Bank of America reiterates Alphabet as buy Bank of America said in a note ahead of the company’s earnings report next week that Alphabet is a “defensive stock with valuation support.” “While more revenue cuts for advertising stocks are likely, we think [Google parent] Alphabet has more relative revenue stability given breadth of advertisers, more expense flexibility than most peers, healthy margins that will minimize cash flow concerns, and opportunity to support stock with buybacks.” Argus reiterates Tesla as buy Argus lowered its price target on Tesla to $1,123 per share from $1,313, but said it sees robust revenue growth for the rest of 2022. “We expect Tesla to report strong revenue and higher automotive gross margins over the remainder of the year, setting the stage for further earnings growth.” Wedbush reiterates GameStop as underperform Wedbush said in a note on Friday that staff layoffs and a stock split are creating too much turmoil at the company. ” GameStop shares remain at levels that appear disconnected from the fundamentals of the business due to ongoing support from eager retail investors. The company’s turnaround plan has proven ineffective so far, as reflected by a recent round of layoffs.” Monness, Crespi, Hardt downgrades Palantir to neutral from buy Monness said in its downgrade of the stock that it’s run too far too fast. “For next-gen software companies that are still trying to gain credibility with investors, the last several months have been harrowing, and the economic road ahead appears treacherous. Moreover, Palantir’ s stock has enjoyed a sharp rebound from the lows made in May and we fear this strength will prove unsustainable in the current environment.”