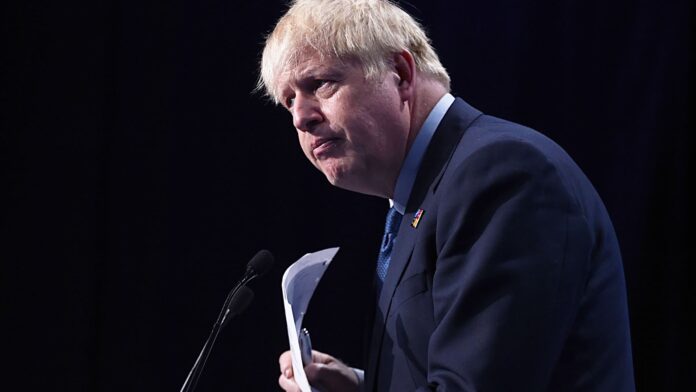 It comes after more than 50 MPs resigned from Johnson’s government within 48 hours.

The prime minister has been under increasing pressure since Tuesday, when two government heavy weights, the health and finance minister, resigned from office. This led to a cascade of departures from government.

Roger Jones, head of U.K. equities at London and Capital, told CNBC there was “some relief” in currency markets because “this is not going to be long and drawn out with the prime minister refusing to go and ultimately causing a policy stalemate.”

The first resignations began in earnest on Tuesday, but Johnson clung to his position, appointing replacement ministers. However, even some of the new appointees told him that he needed to go.

Newly appointed finance minister Nadhim Zahawi said in a letter “you know in your heart what the right thing to do is, and go now.”

Market players are already wondering what the latest political developments will mean for the U.K.’s economy.

“It’s possible that fiscal policy may be a bit looser and monetary policy may have to be a bit tighter,” Paul Dales, chief U.K. economist at Capital Economics, said in a note about the resignation.

British Prime Minister Boris Johnson takes a question from the media during his press conference at the NATO Summit on June 30, 2022 in Madrid, Spain.

“Judging by the early line-up of potential successors to Johnson, the balance of potential outcomes would tilt towards less strained relations with the EU. Even the ardent Brexiteer candidates are less of the populist variety than Johnson. This suggests that, while it is unclear whether UK-EU relations would improve a bit or a lot, the overall situation stands to be much calmer,” he said in a note.

“Over time, less fraught and uncertain UK-EU relations may prove to be the catalyst for stronger business investment and a sustained appreciation in sterling towards fair value against the dollar and the euro,” he added.

Boris Johnson came into power back in July 2019, replacing Theresa May. He called for a snap election later that year, which saw him obtain a parliamentary majority.

How we got here

However his premiership has been plagued by scandals and allegations of misleading the public.

The final straw for many MPs involves Conservative lawmaker Chris Pincher. The former deputy chief whip was suspended last week amid accusations that he drunkenly groped two men at a private members club.

Johnson on Tuesday apologized for appointing Pincher deputy chief whip — a senior party role — despite knowing of an investigation into his behavior in 2019.

The revelation that Johnson knew of the misconduct allegations prompted the resignations on Tuesday of Chancellor Rishi Sunak and Health Secretary Sajid Javid.

In a resignation speech to parliament Wednesday, Javid, also a former chancellor, said “treading the tightrope between loyalty and integrity has become impossible in recent months.”

Johnson narrowly survived a confidence vote from Conservative MPs last month, but many of those previously backing his leadership have now abandoned their support.