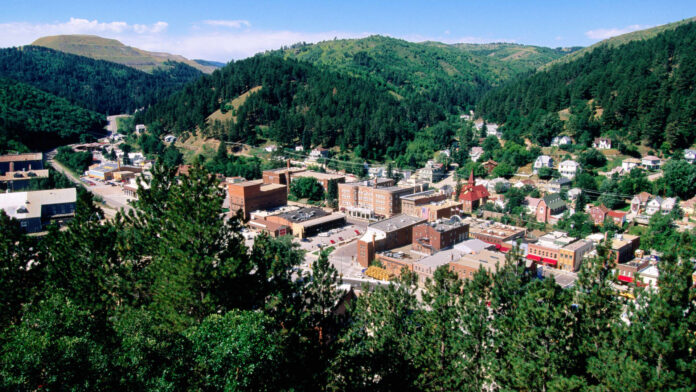 Mortgage rates are nearly double what they were a year ago, reflecting the Federal Reserve’s campaign to rein in inflation. But they have also been volatile, including some sharp declines from week to week.

Home prices remain stuck at historic highs with bidding wars reported in some places, even as the inventory of homes for sale begins to grow and housing markets across the country, including some of the biggest in the states below, begin to cool.

Where is everything heading? Realtor.com recently revised its 2022 forecast, now calling for sales to decline by 6.7% this year. Forecasters previously called for a 6.6% increase. But even if the new forecast holds true, it would still be the second biggest sales year since 2007, only trailing last year.

As always, some states will fare better than others. Because companies consider the local housing market in their location decisions, CNBC’s America’s Top States for Business study gauges the health of each state’s housing market as part of the broader Economy category, which is worth 13% of a state’s overall score under this year’s methodology. The housing metric considers year-over-year price appreciation, new construction per year, as well as foreclosures and insolvency in the first quarter.

Looking for a safe place to ride out a potential housing storm? These ten states are the most stable.

A solid economy in the Mount Rushmore State has prices rising steadily. Foreclosure activity is very low, but a rising level of underwater mortgages could foreshadow some cracks below the surface.

Contractors work on the roof of a house under construction in the Stillpointe subdivision in Sumter, South Carolina, on Tuesday, July 6, 2021.

Inventory is still historically tight with bidding wars still common in many South Carolina markets, and prices still steadily increasing. But new construction is surging and stress on existing loans is under control.

A worker builds a new home at a housing development in Phoenix, Arizona.

Prices are surging here more than any other state. But new construction is booming too, helping to ease Arizona‘s inventory crunch. Rising foreclosures are a potential cause for concern, but home equity is solid.

A traditional house in Vermont.

The Green Mountain State continues to benefit from new residents seeking refuge from the big cities. Home prices are rising at healthy clip, and mortgages are beyond healthy. New construction, however, is not keeping pace, and the overall economy in Vermont is sluggish.

A house in Nashville, Tennessee.

Tennessee has the second strongest overall economy in the nation, and its strong and stable housing market is a big reason why. Home prices are surging along with economic output. New construction is healthy, though foreclosures and underwater mortgages are starting to creep up.

Idaho‘s housing market has been going gangbusters for some time now. Buying a home in the Gem State is not for the faint of heart. But new construction is slowly starting to relieve the inventory squeeze. Rising foreclosure are a potential warning sign if the economy tips into a recession.

Texas‘ population gains are helping fuel a housing boom, but one that is not getting out of hand. New homes for those new residents are springing up fast, and home equity is good.

It’s almost all sunshine and light in Florida‘s housing market. Prices are jumping, but so are construction crews. Rising foreclosure rates in a state known for its boom-and-bust cycles could be a cloud on the horizon.

A “For Sale” sign is posted outside a residential home in the Queen Anne neighborhood of Seattle, Washington, May 14, 2021.

Washington‘s impressive run of economic growth has kept its housing market among the hottest in the nation for several years now, defying predictions of a crash. A shortage of new construction is probably keeping prices high, and raising continued concerns about how stable the market is.

A worker uses a Volvo AB excavator to build a road during residential construction in Saratoga Springs, Utah.

No matter how you look at it, the housing market in the Beehive State is buzzing. Prices are rising at the second highest rate in the country, but with the nation’s fastest pace of new construction, plenty of new inventory is on the way in Utah. Foreclosures are manageable and home equity is strong in the top housing market in the nation.

Home prices weaken but are still much higher than a year ago: S&P Case Shiller

Carl Icahn snaps up shares of canning giant Crown. Here’s how he may build value