HomeInvestingThese sectors could pay off for investors even if there is a...
Investing 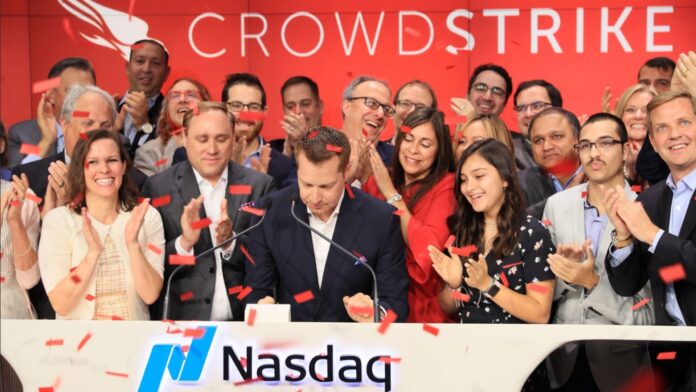 Economic growth is faltering in the U.S., but there are still areas with long-term potential, and investors may be able to buy in at a discount. Wall Street economists are raising their odds for a potential recession over the next 12 months, and the Atlanta Fed’s GDP Now tracker shows that the U.S. is at risk of a second-straight negative quarter for GDP growth. However, the short-term economic path may not derail long-term growth stories in areas such as cybersecurity. Ivana Delevska, chief investment officer at Spear Invest, said that cybersecurity’s growth prospects should remain strong even in an economic downturn. Spear’s actively managed Alpha ETF (SPRX) holds positions in several cybersecurity names. “If you look across our universe, cybersecurity is the one where there is the least amount of risk for earnings revisions. So we think that is probably the best position to outperform in the short term and the long term,” Delevska said. One of the biggest names in cybersecurity is Crowdstrike , and it has a buy rating from every Wall Street analyst that covers it, according to FactSet. ZScaler and Fortinet also have buy ratings from a majority of analysts. “Consumer tech spending is in trouble. Enterprise tech is definitely going to slow down, but it’s going to be nowhere near what we are seeing in consumer tech … Within the enterprise space, cybersecurity is probably the best positioned,” Delevska said. Cyber stocks, like nearly everything in the tech sector, have been hit hard in 2022. But ETFs like the First Trust Nasdaq Cybersecurity ETF (CIBR) and the iShares Cybersecurity and Tech ETF (IHAK) have held up better than the rest of the sector. The future of cars Another area of the market where long-term sales growth seems intact is electric vehicles, but economic downturns are historically not kind to auto stocks. One way for investors to add exposure to that area is through lithium, the metal that is a key component in batteries used in electric vehicles. In a note to clients in April, Citi’s head of commodities Ed Morse said that an economic downturn may actually be the right time for investors to jump in. “We expect lithium to remain higher for longer and any cyclical global weakness could present an unusual buying opportunity,” Morse wrote. The rise in importance of lithium in recent years has led to new ETFs focused on the industry. Two that have outperformed this year are the Global X Lithium & Battery Tech ETF (LIT) and the Amplify Lithium & Battery Technology ETF (BATT) . Slow and steady? Other areas that may not have double-digit growth prospects but could still outperform during an economic slowdown are tied to government spending. Russia’s invasion of Ukraine has led several European countries to plan stepped-up military spending in coming years, for example. Raytheon Technologies and General Dynamics are two defense contractors with buy ratings from a majority of analysts, according to FactSet. Meanwhile, the infrastructure bill signed by President Joe Biden late last year could bring big contracts to companies in a sector that has some defensive qualities. “Infrastructure tends to outperform late in the economic cycle, when growth is slowing, and that’s because for the most part infrastructure is related to areas of the market that are highly inelastic in demand,” said Chris Huemmer, senior investment strategist at FlexShares ETFs at Northern Trust. The iShares funds for aerospace and defense (ITA) and U.S. infrastructure (IFRA) have both outperformed the market this year, as has the Invesco Aerospace & Defense ETF (PPA) and FlexShares STOXX Global Broad Infrastructure ETF (NFRA) .

How the U.S. Space Force plans to police outer space