These stocks could suffer as inflation spikes and consumers cut spending 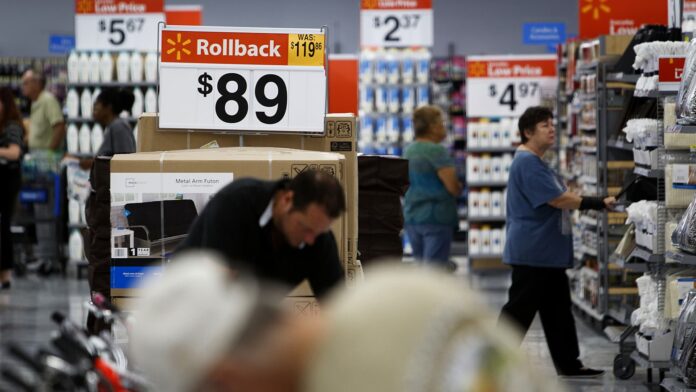 Inflation is showing no signs of slowing down, and that could mean big trouble for some consumer stocks, Wolfe Research said in a note Wednesday. “We believe high inflation hits lower-income consumers the hardest,” wrote analyst Chris Senyek. “Our sense is that both elevated gasoline and food costs drag significantly on lower income consumers.” The consumer price index, a widely followed measure of inflation, rose 9.1% in June on a year-over-year basis . That’s well above the 8.8% increase expected by Dow Jones and its fastest pace of gains since 1981. “At the high end, we continue to see growing headwinds from rising interest rates, falling equity markets, and a deceleration in house prices,” Senyek wrote. “Additionally, we estimate that U.S. consumers are in the midst of facing a $1 trillion+ fiscal headwind in 2022 from the expiration of the child tax credit expansion in January.” Because of this, Wolfe compiled a list of stocks with heavy exposure to the lower-end consumer. While many of the stocks have underperformed the S & P 500 year to date and could potentially be seen as trading at a discount, Senyek cautions investors that there could be more pain to come. Heavy hitters on the list include discount retailers such as Walmart , Dollar General and Dollar Tree – companies that cater to lower-end consumers and could be hit if those shoppers pull back on spending. Not all analysts agree with Senyek’s hypothesis, however. Atlantic Equities has an overweight rating on Walmart and a price target of $167 per share. The stock currently trades around $126 per share — down more than 13% year to date. “We believe that the company’s commitment to keep prices low for consumers, specifically within grocery, will lead to higher traffic and higher share of wallet,” wrote analyst Daniela Nedialkova. “Overall consumer demand is still showing resilience, but on the anticipation of an inflation-driven slowdown, value will become increasingly important, and Walmart is well-positioned to offer value to consumers while protecting its margins better than most.” But others have noted that some of the companies on the list could be hurt even more if low-spend consumers pull back. In May, UBS advised investors against bargain hunting in Ross Stores — also on the list — as macroeconomic headings intensify. “Our view is ROST guided down because inflation is negatively impacting lower-income consumer demand more than expected,” wrote analyst Jay Sole. “We think this trend gets worse and possibly leads to more guide downs.” The analyst has a neutral rating on the stock.

These heavily shorted stocks may jump if market rallies further