HomeInvestingThese stocks reporting earnings next week have a track record of beating...
Investing 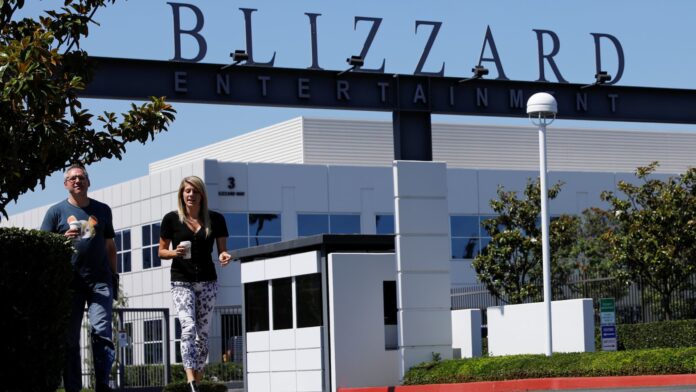 Some companies that have yet to report third-quarter earnings could beat expectations next week, and outperform on the results. Investors are starting to wrap up another earnings season with results that have come in far better than initially feared. About 85.7% of companies in the S & P 500 have reported earnings this season, according to FactSet data. Of the 431 firms that have reported thus far, 71.2% of companies have posted positive surprises. Still, as companies continue to navigate challenges around surging inflation and rising interest rates, CNBC Pro found the names that have historically beat expectations. A review of data from Bespoke Investment Group showed that these companies topped estimates at least 75% of the time, and posted gains of 1% or more on the back of those results. Here are the names. An online gaming company and a solar stock are among the notable names kicking off earnings next week. Activision Blizzard is set to release its earnings report Monday after the bell. The video game company topped earnings earnings per share forecasts 88% of the time, according to Bespoke data. The stock posts an average one-day gain of 1.82%. This week, Wedbush said that shares of Activision Blizzard are at a “compelling entry point” if Microsoft’s proposed acquisition of the company goes through, as the merger could mean a 10% share of the video game market. The 10% level is notable as it falls below the government target for challenging anti-competitive mergers. Even if the acquisition falls through, Activision Blizzard has a “robust release slate” that Wedbush believes will give shareholders a “level of support.” The firm has an outperform rating on the company. SolarEdge Technologies will also release third-quarter results Monday. The Israeli company that makes solar inverters posts a positive surprise on per-share earnings estimates 77% of the time. On average, the stock moves 4.86% over a one-day period on the results. In an October note, Goldman Sachs reiterated a buy rating on SolarEdge, saying that it’s “most attractive,” and that its margin recovery potential is “underappreciated” by investors. Cloud revenue management firm Model N is expected to release its latest corporate results on Tuesday. The software company exceeded expectations on earnings per share 97% of the time in prior reports. It posts a 1.29% one-day move on average. D.R. Horton is releasing quarterly results on Wednesday. In the past, the home construction company surpassed earnings expectations 76% of the time, and has raised guidance 13% of the time. D.R. Horton has on average experienced a one-day move of 1.65%. Other stocks include Array Technologies and Ralph Lauren , which are reporting Tuesday and Thursday, respectively. — CNBC’s Michael Bloom contributed to this story.

Unity stock down on lowered 2022 guidance, merger with IronSource