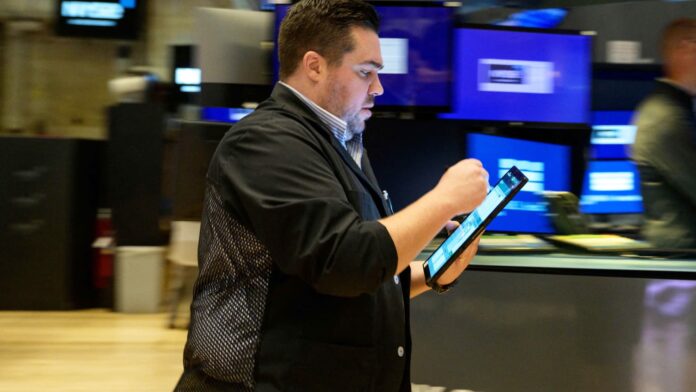 Investors better have enjoyed the summer stock market rally while it lasted, because it’s almost over, according to Bank of America’s Michael Hartnett. A move that has taken the S & P 500 up about 17.4% since hitting the June lows, has been a “classic bear really, and ultimately [a] self-defeating rally,” the bank’s chief investment strategist said in a client note Thursday. “Everyone is bearish but no one has sold stocks,” Hartnett added. The numbers so far suggest that if this is in fact a bear market rally and the gravitational pull is down, this would be about the time the move starts running out of steam. Of 43 bear market rallies since 1929, in which the S & P 500 gained more than 10%, the average increase is 17.2% and the surge lasts 39 trading days. This time around, the index is up 17.4%, in a rally that has lasted 41 trading days, which Hartnett says is “textbook.” “Bear rips always ‘narrow'” in terms of leadership, he added. In this case, Apple, Microsoft, Amazon and Tesla have accounted for about 30% of the gain, while U.S. stocks have comprised 86% of the global market rally. Hartnett also expects Federal Reserve policy to play a role in thwarting the market’s push higher. The central bank this year already has increased its benchmark interest rate 2.25 percentage points and is expected to keep moving higher. However, market participants have been hoping that recent comments from Fed officials indicate that at least the magnitude of the rate hikes will abate soon. “Very few fear Fed (think `pivot’ & return of meme stocks),” Hartnett wrote. “Yet last time Fed ended hiking cycle with negative real rates was 1954 & even assuming CPI gains halve next 6 months inflation 5-6% next spring; whether Fed knows or not, they’re nowhere near done.” Hartnett also said he expects that the days of high stock market valuations are fading because the drivers are dissipating. They include Fed liquidity injections, the free movement of trade, people and capital and low geopolitical tensions. “New regime of higher inflation means secular view remains cash, commodities, volatility to outperform bonds & stocks,” he wrote. Hartnett said he would be more enthusiastic on stocks when investor complacency wanes. That would be evidenced by a higher unemployment rate. “In short we prefer to be v[ery] long stocks at a 4.5% unemployment rate, not a 3.5% unemployment rate,” he said.