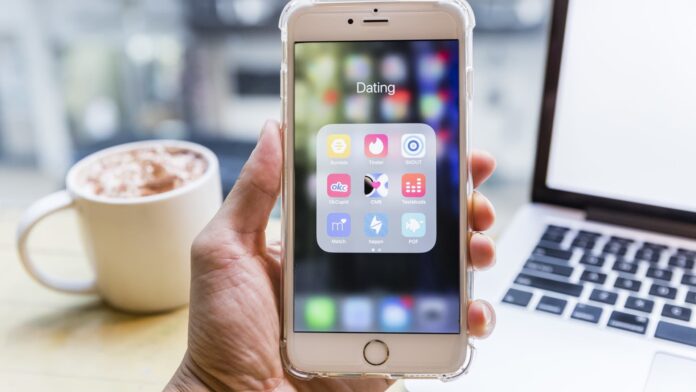 A smartphone showing a variety of dating apps.

Swiping left to keep looking is easy. So is swiping right to like someone.

But there’s only so much swiping some people can take, especially when they have nothing to show for it. So a growing number of singles are deciding to trust an older source of date finders: matchmakers.

Professional matchmakers have been around for decades and are engrained in our culture. Just look at the show “Millionaire Matchmaker,” which ran for eight years starting in 2008.

Unlike the app economy, traditional matchmaking services often cost thousands of dollars, making them inaccessible to wide swaths of the population.

There’s an emerging crop of apps and companies looking to bring matchmaking to a new generation, mixing old methods with modern technology.

One newcomer is Lox Club, a members-only dating app founded in 2020 by CEO Austin Kevitch.

Lox Club operates on a subscription model, charging $96 for 12 months. The company offers all of its members access to matchmakers, who can set users up with one another or give feedback on the person’s profile. Kevitch said thousands of people have used the service, but he didn’t get more specific.

“Professional matchmakers charge around $10-20k and aren’t as familiar with the dating app struggles as a peer would be,” Kevitch wrote in an email, without offering details on Lox Club’s success rate. “I couldn’t afford this, no one on our team could afford this, so we knew we’d have to make it more affordable and rebrand it to feel like a friend helping you find dates.”

The company currently has three matchmakers and is hiring more.

The interest in matchmaking coincides with a rise in online dating burnout. The Covid-19 pandemic meant many daters were reduced to online options. Companies began to heavily invest in their audio and video features so users could date from home.

But with pre-pandemic activities opening up, not everyone wants to rely on hours of swiping to find a date. Instead, they’re outsourcing that work to experts.

“I think people are seeking out other options and I’ve seen a lot more people talking and thinking about matchmakers,” Ali Jackson, a dating coach who’s built up a large Instagram following through the handle @findingmrheight, told CNBC.

Ambyr, launched late last year, hosts two to three events a month at trendy locations across the city for a select group of 10 men and 10 women. Montasser and co-founder Victoria Van Ness vet and pair the 20 people for the event based on who they think would be a good fit, though they occasionally throw in a wildcard.

Ambyr pulls from its broader pool of members for the events. All of them have gone through an interview and background check. Applicants pay a $60 application fee and an additional $150 for each event, if they’re chosen. Ambyr says it has a 15% acceptance rate and about 200 members in its database.

Matchmakers are also taking on the role of part-time dating therapists with their clients.

“I didn’t realize how much trauma there was in just the general world of dating in today’s world,” Ari Axelrod, a 28-year-old from New York, told CNBC. Axelrod has been working with Cassie Levine, who recently launched her company called Inquire Within.

Axelrod has gone on two dates so far while working with Levine.

“Even if the actual matchmaking is unsuccessful, what it has accomplished is I feel so much more validated and confident,” he said. “So a couple hundred dollars to be reminded of something I didn’t even know I needed to be reminded of is worth it.”

Levine, who launched Inquire Within in April, currently charges $150 per hour.

Niche players aren’t the only ones behind this resurgence in matchmaking.

Online dating giant Match Group has dipped into matchmaking through its namesake app. In November, the company introduced a human matchmaking element to its dating service. For $4.99 per week, Match employees will flag two profiles a week in an effort to narrow down the options. Match didn’t respond to a request for comment on the feature’s success.

The Covid-19 pandemic resulted in an increase in people looking for love on dating platforms such as Match Group’s Tinder app.

Matchmaking, by definition, is often a tedious process that requires the work of costly humans, rather than artificial intelligence. That’s not the focus of larger-scale apps like Tinder and Hinge, which are owned by Match, or Bumble. The closest thing Hinge offers is a “standout” profiles feature, showing who a user would likely be interested in based on their swiping history.

“While matchmaking requires a lot of manual moving parts, it’s something we see our members using, and requesting more of,” Lox Club’s Kevitch said. “We were surprised at first, but our members want it to exist, so we’re doing it.”

Van Ness said there is a certain irony to the idea that “we’re kind of just trying to reintroduce that in-person aspect again.”

China is bringing in first-of-its-kind regulation on ‘deepfakes’

36% of high earners are living paycheck to paycheck