HomeUSATreasury yields ahead of release of key inflation data
USA

Treasury yields ahead of release of key inflation data 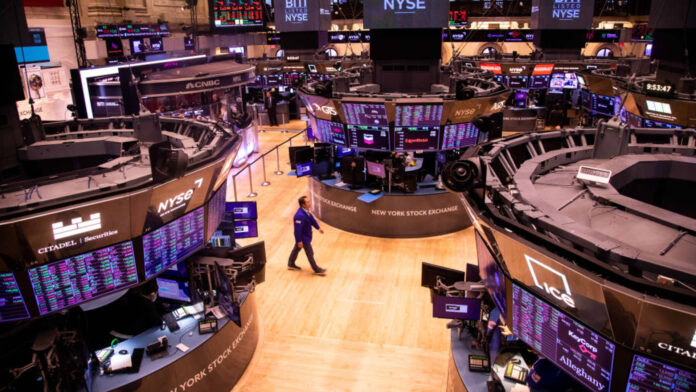 U.S. Treasury yields ticked downward on Tuesday as traders prepared for key inflation figures due out later this week.

The National Federation of Independent Business optimism index for June, which focuses on small businesses, is set to be published Tuesday, as is the IBD/TIPP Economic Optimism Index, which is the earliest monthly survey of consumer confidence.

The U.S. will also be releasing its Redbook for July, a sales-weighted record of year-on-year growth among a selection of large retailers representing some 9,000 stores. The 52-week bill is set for auction Tuesday.

Friday’s June employment report showed jobs growing at a faster rate than expected. Nonfarm payrolls increased 372,000 last month, according to the Bureau of Labor Statistics. Economists predicted the U.S. economy would add 250,000 jobs, according to the Dow Jones.

President Joe Biden is beginning his Middle East trip, which will include a visit to Saudi Arabia and meetings with OPEC leaders in an effort to push for higher oil production to ease prices.

U.S. Treasury Secretary Janet Yellen will meet with Japanese Finance Minister Shunichi Suzuki on Tuesday to discuss further sanctions against Russia for its war in Ukraine.

Gold hit its lowest level since late September as the dollar reached a two-decade high, trading at $1,732.40 per ounce at 8:30 a.m. in London.

On Friday, yields had jumped following the jobs report, on the assumption that the U.S. Federal Reserve will be more aggressive with its rate-hiking path.

—CNBC’s Samantha Subin and Matt Clinch contributed to this report.