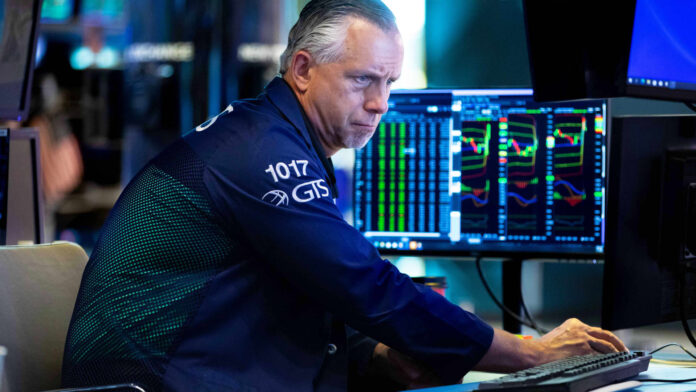 The gap between the 2-year and 10-year yields remained inverted as the market weighs the possibility that the Fed will hike interest rates by 75 basis points at its meeting on July 26 and 27, rather than the more aggressive option of 100 basis points. The 2-year yield was last seen at 3.1536%.

A growing number of analysts have been suggesting that a 100-basis-point hike to interest rates could be on the table after inflation continued to rise more than expected. Fed Governor Christopher Waller said Thursday that he supports a 75 basis point hike but will be watching incoming data and could back a larger move if necessary.

The threat of more aggressive monetary policy tightening being required to rein in inflation has led to concerns about a potential economic recession, an outcome Fed Chairman Jerome Powell noted last month as a possibility.

On the data front, the NAHB housing market index for July is due at 10 a.m. ET.

Auctions will be held Monday for $54 billion of 13-week Treasury bills and $42 billion of 26-week bills.