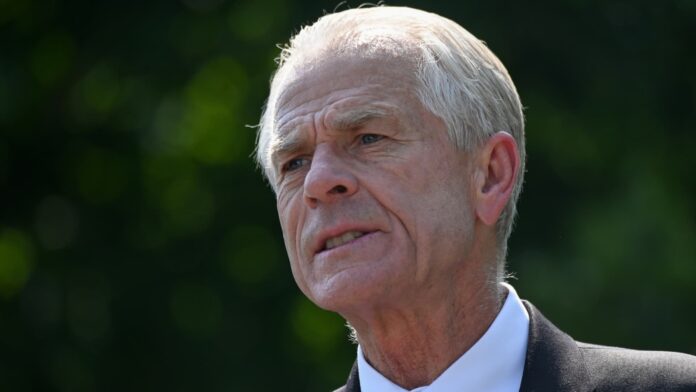 Former Trump White House advisor Peter Navarro was arrested Friday on a federal indictment charging him with two counts of contempt of Congress over his refusal to comply with a subpoena issued by the House select committee investigating the Jan. 6, 2021, riot at the U.S. Capitol.

Navarro, 72, had refused to appear to testify on March 2 in response to the subpoena and also refused to produce by Feb. 23 documents sought by that same subpoena, according to the indictment in U.S. District Court in Washington, D.C.

Navarro claimed that former President Donald Trump had invoked executive privilege in connection with the probe and that that barred Navarro from cooperating. “My hands are tied,” Navarro wrote the committee on Feb. 27.

The House of Representatives in April voted to ask the U.S. Justice Department to criminally prosecute Navarro and another Trump aide, Dan Scavino, for failing to comply with their subpoenas.

Navarro, who served as a trade advisor to former President Donald Trump, was in custody Friday morning, awaiting his first appearance in Washington court later the same day.

The indictment against him was issued Thursday by a grand jury.

But the U.S. Attorney’s Office for the District of Columbia asked a judge to keep that charging document sealed until Navarro’s arrest because of the risk that making it public before then would give him “the opportunity to flee, tamper with witnesses or evidence, or take other steps to interfere with the criminal case.”

On Monday, Navarro revealed that he had been issued another subpoena, from a federal grand jury in Washington, to testify on Thursday about events surrounding the Jan. 6 riot.

If convicted of the charges identified in the indictment related to the House committee subpoena, Navarro on each count faces a minimum possible sentence of 30 days in jail, and a maximum of one year, along with a fine of as much as $100,000.

A letter to Navarro issued with the subpoena on Feb. 9 from the panel said it had reason to believe he had information relevant to the investigation in the riot and invasion of the Capitol, which disrupted for hours the certification by a joint session of Congress of the election of President Joe Biden.

The riot came after weeks of false claims by Trump and allies that Biden’s Electoral College victory was the result of widespread ballot fraud in several swing states.

The committee’s letter cited reports that Navarro had worked with former Trump White House advisor Steve Bannon and others “to develop and implement a plan to delay Congress’s certification, and ultimately change the outcome, of … the November 2020 presidential election.”

Bannon himself was indicted on charges of contempt of Congress in November for failing to comply with a subpoena issued to him by the Jan. 6 committee.