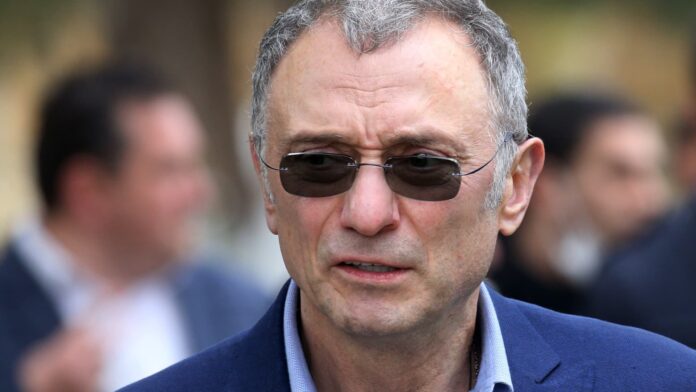 Russian billionaire, businessman and Council of the Federation Member Suleyman Kerimov attends a meeting on April 14, 2021 in Russia.

The move subjects the trust, with a value of over $1 billion, to the same restrictions as Kerimov, barring Americans from dealing with it or the contribution of funds.

It is the latest action enforcing Washington’s wide-ranging sanctions against Russian oligarchs and elites following Moscow’s Feb. 24 invasion of Ukraine, which has killed thousands and displaced millions of citizens.

“Treasury continues using the full range of our tools to expose and disrupt those who seek to evade our sanctions and hide their ill-gotten gains,” Treasury Secretary Janet Yellen said in a statement.

Thursday’s action aims to block Kerimov, who was sanctioned in 2018 by the United States for being a Russian government official, from accessing the assets in the trust, according to the statement.

Senior Treasury Department officials told reporters the investigation, which spanned over a year, found Kerimov continued to exercise control over the funds through a proxy even after he was designated, using U.S. and non-U.S. shell companies to conduct the transactions while hiding his interest.

In May, authorities in Fiji seized Kerimov’s $300 million yacht at the request of the United States, the U.S. Justice Department said. The yacht arrived in Hawaii this month.

The U.S. Justice Department’s Taskforce KleptoCapture has focused on seizing yachts and other luxury assets to put the finances of Russian oligarchs under strain in a bid to pressure Russian President Vladimir Putin over the war in Ukraine.

The Treasury at the time of Kerimov’s 2018 designation accused him of having brought hundreds of millions of euros into France without reporting the money to French tax authorities, and said he was detained in 2017 in France for two days.

Kerimov has also been sanctioned by the European Union.

Best laptop for most people