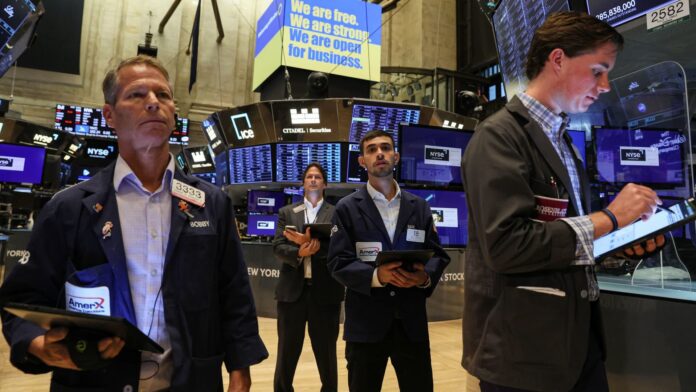 Bond yields rose slightly on Thursday from the previous session after the European Central Bank hiked interest rates in an effort to tame high inflation.

The Federal Reserve released its Beige Book on Wednesday, which showed a still high but cooling inflation outlook and weak U.S. growth. It also saw continued weakening in the residential real estate market.

Despite Wednesday’s market gains, stocks are still broadly on a downtrend as investors remain wary of a slowing economy and the Fed’s next moves on rate hikes.

Federal Reserve Vice Chair Lael Brainard, in a speech Wednesday, vowed to continue the fight against inflation “for as long as it takes” to get costs down.

“So far, we have expeditiously raised the policy rate to the peak of the previous cycle, and the policy rate will need to rise further,” she said. She added that policymakers will rely on data to ensure they don’t overreact on tightening measures.

On the data front, markets will be watching for early September’s initial jobless claims, as well as continuing and 4-week average jobless claims. The Energy Information Agency will release data on oil and gas stocks, and Fed Chair Jerome Powell is scheduled to deliver a speech at the Cato Institute’s 40th Annual Monetary Conference in Washington.