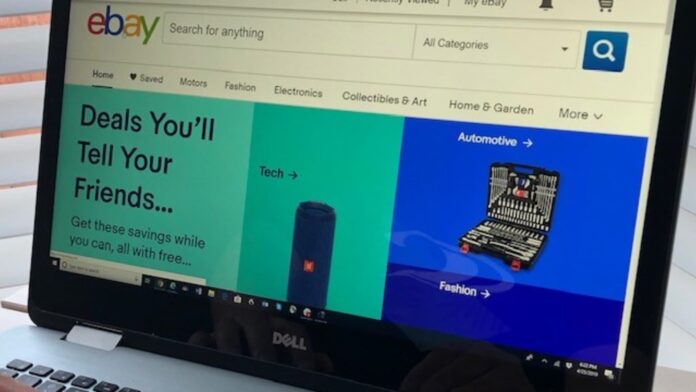 An economic slowdown could hit some online retailers, such as Ebay and Farfetch , more than others, according to UBS. Analyst Lloyd Walmsley downgraded shares of Ebay and Farfetch to neutral from buy, saying in a Tuesday note that there are growing concerns around the two e-commerce companies’ performance as recession risks rise. UBS recently raised its probability of a recession to 26% from 13% in April, the note read. “Our analysis suggests even in a mild slowdown scenario, sales for eCommerce companies within our coverage could come in about 5-20% below Street consensus in 2023, depending on the company,” Walmsley wrote. Ebay’s focus on discretionary purchases may be “disproportionately impacted” during a slowdown, the note read. The analyst noted that more than 80% of its gross merchandise value that isn’t under Ebay’s focus categories have been posting double-digit declines year over year. “[We] do not see any single category where we could say it will not be impacted in any downturn,” the note read. “Even in our conversations with the company, while they acknowledge some likely benefit from being a ‘value’ oriented platform, the messaging is volumes will get impacted.” UBS trimmed Ebay’s price target to $48 from $60. Shares of Ebay dropped more than 2% in Tuesday premarket trading. Meanwhile, too much optimism may be embedded into expectations for Farfetch, which is believed to perform better during a downturn because of its focus on higher-end goods. “In a downturn, we think the deceleration/decline could be worse than what the current guide implies,” Walmsley said, in the note. “While we don’t think an economic downturn is likely to impact the spend habits of the really high net worth individuals, Farfetch is likely to have a lot of buyers who purchase luxury products on an aspirational basis — and only occasionally — who may be more restrained in their purchases,” the note added. UPS trimmed Farfetch’s price target to $10 from $13. Farfetch’s stock price fell more than 2% during premarket trading. Meanwhile, UBS expects Amazon won’t be hurt as much as other online retailers by these trends. It said its current risk/reward looks “compelling” for long-term investors. Still, the analyst trimmed the company’s price target to $167 from $209. Amazon shares closed Monday at $113.22, implying 47% upside to their target. —CNBC’s Michael Bloom contributed to this report.

5 things to know before the stock market opens Monday, August 15

Putin claims U.S. wants to ‘drag out’ war in Ukraine