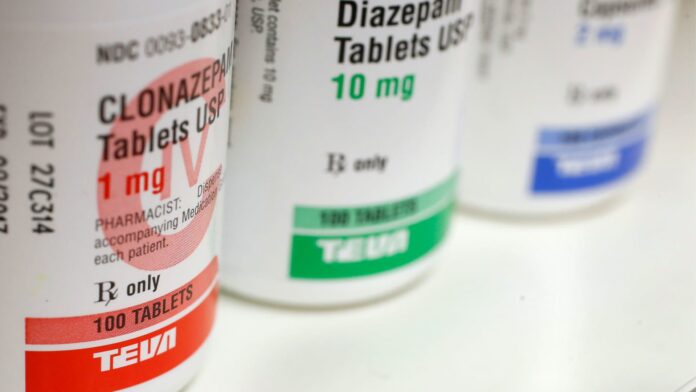 It’s time to sell Teva stock as it’s facing a period of significant downside amid a phase of uncertainty, according to UBS. UBS on Friday downgraded shares of the pharmaceutical company to sell from neutral and slashed its price target to $7 from $10. That’s implies downside of more than 18% from where the company’s stock traded at Thursday’s close. The catalysts for upcoming uncertainty are a change in leadership and ongoing litigation risks. In a Thursday Wall Street Journal article, Teva CEO Kare Schultz said that he will not renew his contract that expires in November 2023. “We believe his strong credibility was a key reason for investor excitement in the story, which would be tough to replicate going forward,” wrote Ashwani Verma in the note. Downside to earnings Teva plans to launch a biosimilar to Humira next year, which would be considered a significant tailwind to investors, according to UBS. Humira is an immunosuppressant drug owned by AbbVie. However, Teva’s development partner Alvotech recently received an observation letter from the FDA that puts the launch date at risk, Verma wrote. “Moreover, our detailed payer checks noted that the market formation for the 10+ player market is likely to extend deep into 2023, and payers are unlikely to support TEVA’s product due to manufacturing quality concerns raised by the FDA,” they said. Without a drug similar to Humira, there’s significant downside to earnings for Teva. UBS sees generics revenue of $3.3 billion versus consensus of $3.8 billion. The firm also sees a roughly 19% downside to revenue for drug Austedo if Teva underinvests versus its competitor, Neurocrine. Migraine drug Ajovy could also see a 20% downside as the category stagnates on increasing competition. UBS’s new price target is based on lower earnings estimates for the company next year. Price fixing risk Teva is also facing headline risk from litigation concerning price fixing, according to the note. “The DOJ price fixing case outcome may involve potential debarment from conducting business in the government channel (worse case) and/or cash settlement in the $525m-$595m range,” wrote Verma. In addition, conversations with investors indicate “generic price fixing is an underappreciated risk because of lack of action in the DOJ litigation track since original indictment in 2020,” said Verma. Still, there may be activity from the Department of Justice on the case in the near-term. — CNBC’s Michael Bloom contributed to this report.