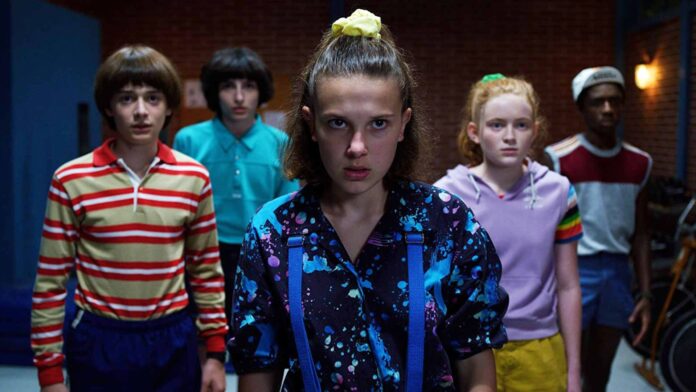 UBS slashed its Netflix price target on Friday, as the company’s latest quarterly report could point to more trouble for the beaten-down streaming giant. The firm — which has a neutral rating on the stock — lowered its price target for the company to $198 per share from $355. The new target implies upside of just 13% from Thursday’s close. UBS expects Netflix will report a loss of 2 million subscriptions for the second quarter, in line with management’s previous guidance. And, while the second half of the year is generally stronger, the firm is anticipating a cautious outlook from the streamer given macro uncertainty. “We believe a combination of high penetration and macro factors (including elevated inflation) is potentially causing consumers to tighten up on spend,” wrote UBS analyst John Hodulik in a Friday note. “This result comes despite strong ratings performance for Season 4 of Stranger Things , suggesting the content slate is becoming less of a driver for new sub growth domestically.” Netflix is slated to report its second-quarter results Tuesday after the bell. The firm lowered its second-quarter estimates given foreign exchange pressure and expect a 1% to 3% downside to management’s outlook, according to the note. All regions saw a decline in downloads from first-quarter levels, with global downloads slumping 11%, UBS evidence lab data show. In the U.S., Netflix downloads fell 17% in the second quarter but fared better than competitors such as HBO Max and Discovery+. “We see Netflix as a [long term] secular leader but visibility into re-accelerating growth is low, keeping us Neutral,” Hodulik said. Going forward, efforts to oust account sharing and the new ad-supported tier could enhance Netflix’s financials, according to UBS. However, that boost will likely take one to two years to play out. “The impact on profits is less clear given the potential need to amend content deals,” wrote Hodulik. “We expect net adds in ’23 to bounce back to 9.5M (prior 11.5M) with a new ad-supported tier helping, but competition & pressure on consumer wallets could drive downside.” Netflix shares have taken a beating this year, plunging 71% in that time.

5 things to know before the stock market opens Tuesday, September 6

Inflation has helped push workers back into the industry