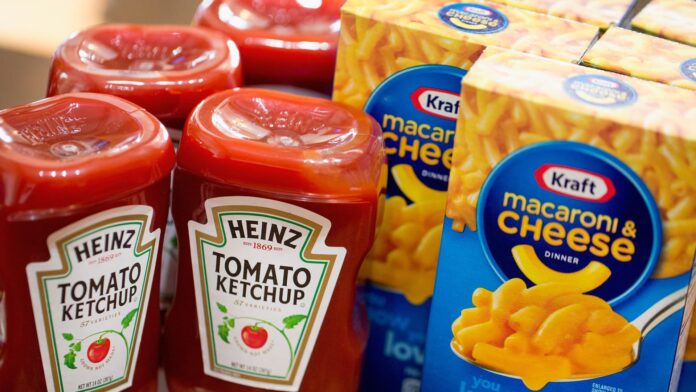 Wall Street is underestimating the power and potential of Kraft Heinz , Mizuho said in a note Monday. “The Street remains skeptical of KHC’s ability to deliver on its stated growth objectives with what they see as an off-trend portfolio which is challenged for growth,” wrote analyst John Baumgartner as he initiated shares of the consumer staples giant to a buy rating. “We believe the Street is wrong,” Baumgartner wrote. “KHC’s weak historical execution is in the rear view mirror and the company is poised for above consensus growth with new, focused management and a refreshed portfolio.” Shares of Kraft Heinz have outperformed the relative market this year, trading up nearly 6%, and the stock could rally another 26% from Friday’s close based on Mizuho’s $48 price target. Plus, the company is trading at 15% discount to its food peers, according to Mizuho. According to Baumgartner, the company is well-situated for a potential recession given its outperformance across many categories during the 2008 to 2009 downturn. Meanwhile, improvements to its product lines make for stronger competition, and its offerings are well-liked by higher-income and younger households, he said. Baumgartner also believes the company’s new management is leading the company on a profitable path. — CNBC’s Michael Bloom contributed reporting