HomeInvestingWarren Buffett beefs up his Occidental bet again, pushing his stake to...
Investing

Warren Buffett beefs up his Occidental bet again, pushing his stake to 18.7% 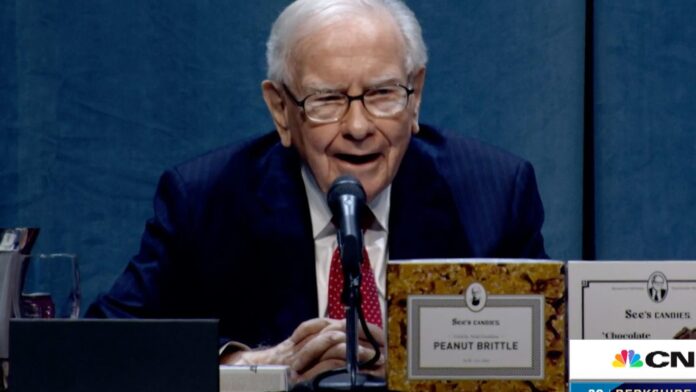 Warren Buffett’s Berkshire Hathaway continued its buying spree in shares of Occidental Petroleum this week, pushing its stake in the oil giant to 18.7%. The conglomerate purchased another 12 million shares of Occidental on Tuesday and Wednesday at a total cost of about $698 million, according to a Securities and Exchange Commission filing. The “Oracle of Omaha” had bought an additional 9.9 million Occidental shares last week. Berkshire now owns 175.4 million common shares worth $10.8 billion, becoming the biggest shareholder by far. Occidental has been the best-performing stock in the S & P 500 this year, up about 112% so far on the back of surging oil prices. Berkshire also owns $10 billion of Occidental preferred stock, and has warrants to buy another 83.9 million common shares for $5 billion, or $59.62 each. The warrants were obtained as part of the company’s 2019 deal that helped finance Occidental’s purchase of Anadarko .

When will the S&P 500 bottom? Strategist makes a call and picks stocks

Sony and Honda plan to start U.S. deliveries of their EV in 2026