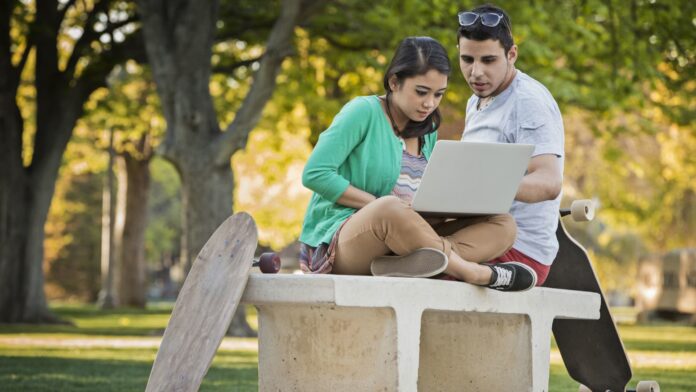 Beyond highlighting the sky-high cost of college, the pandemic has also shed light on the overwhelming burden of student loan debt.

Average college tuition and fees edged higher again in the 2021-2022 academic year, reaching $10,740 for in-state students at four-year public schools, according to the College Board, which tracks trends in college pricing and student aid. Tuition and fees at four-year private institutions hit $38,070.

Next year, some colleges said they will hike tuition even more, citing inflation and other pressures.

More from Invest in You:
Student loan forgiveness could narrow racial wealth gap
Do this with 529 college savings plan if student debt’s forgiven
Here’s how to get the most money towards college

Most students borrow to cover at least some of the cost. As a result, more than 40 million Americans now owe a collective $1.7 trillion in student debt, a balance that has tripled since the Great Recession.

Still, many believe that getting a degree is worth it. Studies show that college graduates will earn nearly $1 million more over the course of their careers.

However, there are others who start college and never finish.

Although college completion rates are on the rise, only about 63% of students enrolled in four-year institutions graduate within six years, according to the National Center for Education Statistics.

For the ones who don’t, managing education loans without the benefit of having higher earning potential is especially difficult.

The default rate among borrowers who leave with student debt but no degree is three times higher than the rate for borrowers who have a diploma.

“Maybe that traditional college experience isn’t the right path for everyone, but it leads to a broader conversation about the other options that are available,” said Rick Castellano, a spokesman for education lender Sallie Mae.

Among students who put their education on hold, most said it was due to a loss of motivation or a life change, according to Sallie Mae’s recent “How America Completes College 2022” report. Others cite financial concerns, followed by mental health challenges.

Many times, non-completers are first-generation college students from underserved communities.

“Many times, non-completers are first-generation college students from underserved communities,” Castellano said. “What are the resources we can put in place so students feel more supported on campus?”

Those who finish college are more likely to grow up in households with higher income levels and have at least one parent who earned a college degree, the report found.

Completers also come more prepared when it comes to paying for college: 42% said they had a plan for how to pay for every year of college before they even enrolled, while only 26% of non-completers said the same. (Other studies show students are more likely to enroll in college when they are aware of the financial resources available to help them pay for it.)

“Having a plan to pay for college or having those conversations earlier goes a long way,” Castellano said.