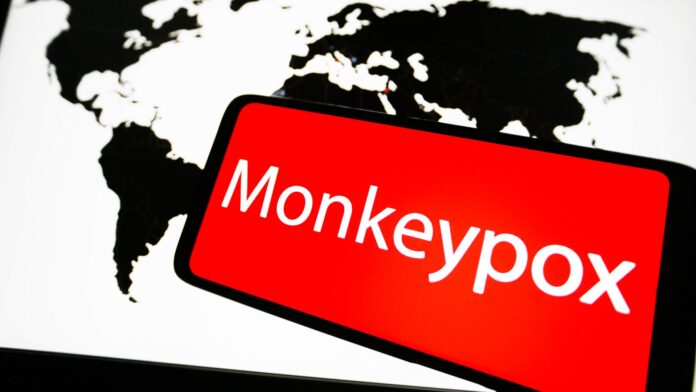 The World Health Organization has activated its highest alert level for the growing monkeypox outbreak, declaring the virus a public health emergency of international concern.

The rare designation means the WHO now views the outbreak as a significant enough threat to global health that a coordinated international response is needed to prevent the virus from spreading further and potentially escalating into a pandemic.

Although the declaration does not impose requirements on national governments, it serves as an urgent call for action. The WHO can only issue guidance and recommendations to its member states, not mandates. Member states are required to report events that pose a threat to global health.

The U.N. agency declined last month to declare a global emergency in response to monkeypox. But infections have increased substantially over the past several weeks, pushing WHO Director General Tedros Adhanom Ghebreyesus to issue the highest alert.

Before a global health emergency is declared, the WHO’s emergency committee meets to weigh the evidence and make a recommendation to the director general. The committee was unable to reach a consensus on whether monkeypox constitutes an emergency. Tedros, as the WHO’s chief, made the decision to issue the highest alert based on the rapid spread of the outbreak around the world.

“We have an outbreak that has spread around the world rapidly, through new modes of transmission, about which we understand too little,” Tedros said. “For all of these reasons, I have decided that the global monkeypox outbreak represents a public health emergency of international concern.”

More than 16,000 cases of monkeypox have been reported across more than 70 countries so far this year, and the number of confirmed infections rose 77% from late June through early July, according to WHO data. Men who have sex with men are currently at highest risk of infection.

Most people are recovering from monkeypox in two to four weeks, according to the U.S. Centers for Disease Control and Prevention. The virus causes a rash that can spread over the body. People who have caught the virus said the rash, which looks like pimples or blisters, can be very painful.

The current monkeypox outbreak is highly unusual because it is spreading widely in North American and European nations where the virus is not usually found. Historically, monkeypox has spread at low levels in remote parts of West and Central Africa where rodents and other animals carried the virus.

Europe is currently the global epicenter of the outbreak, reporting more than 80% of confirmed infections worldwide in 2022. The U.S. has reported more than 2,500 monkeypox cases so far across 44 states, Washington, D.C., and Puerto Rico.

Tedros said the risk posed by monkeypox is moderate globally, but the threat is high in Europe. There’s clearly a risk that the virus will continue to spread around the world, he said, though it’s unlikely to disrupt global trade or travel right now.

In early May, the United Kingdom reported a case of monkeypox in a person who recently returned from travel to Nigeria. Several days later, the U.K. reported three more cases of monkeypox in people who appeared to have become infected locally. Other European nations, Canada and the U.S. then also began confirming cases. It’s unclear where the outbreak actually began.

The WHO last issued a global health emergency in January 2020 in response to the Covid-19 outbreak and two months later declared it a pandemic. The WHO has no official process to declare a pandemic under its organizational laws, which means the term is loosely defined. In 2020, the agency declared Covid a pandemic in an effort to warn complacent governments about the “alarming levels of spread and severity” of the virus.

The WHO’s lead expert on monkeypox, Dr. Rosamund Lewis, told reporters in May that the U.N. health agency was not concerned about monkeypox causing a global pandemic. She said public health authorities had a window of opportunity to contain the outbreak.

But infectious disease experts are concerned that health authorities have failed to contain the outbreak, and monkeypox will permanently take root in countries where the virus wasn’t previously found with the exception of isolated cases linked to travel.

Monkeypox is not a new virus

In contrast to Covid-19, monkeypox is not a new virus. Scientists first discovered monkeypox in 1958 in captive monkeys used for research in Denmark, and confirmed the first case of a human infected with the virus in 1970 in the nation of Zaire, now called the Democratic Republic of the Congo.

Monkeypox is in the same virus family as smallpox, though it causes milder disease. The WHO and national health agencies have decades of experience fighting smallpox, which was declared eradicated in 1980. The successful fight against smallpox, and the tools developed against it, will provide health officials with important knowledge to combat monkeypox.

Transmission of monkeypox between people was relatively rare in the past, and the virus normally jumped from animals to humans. But monkeypox is now spreading more efficiently between people. The WHO has said the international community did not invest enough resources in fighting monkeypox in Africa before the global outbreak.

“This transmission has been occurring in African countries in two particular zones over a large number of years, and we don’t fully understand what’s driving transmission in those countries,” said Dr. Mike Ryan, head of the WHO’s health emergencies program. “There’s a lot more investigation to do and a lot more investment to make in understanding that problem.”

Monkeypox is primarily spreading through skin-to-skin contact during sex. Men who have sex with men are at the highest risk right now, as the majority of transmission has occurred in the gay community. However, the WHO and the CDC have emphasized that anyone can catch monkeypox regardless of sexual orientation.

Lewis, the WHO’s monkeypox expert, said 99% of cases reported outside Africa are among men and 98% of infections are among men who have sex with men, primarily those who have had multiple, recent anonymous or new sexual partners. The virus has been detected outside the gay community, but transmission has been low so far. The CDC confirmed monkeypox in two children on Friday.

The WHO and CDC have repeatedly warned against stigmatizing gay and bisexual men, while at the same time stressing the importance of communicating the reality of how the virus is currently spreading so people in communities at highest risk can take action to protect their health.

“People want the information to know how to protect themselves, in what circumstances are people perhaps at risk or getting infected,” Lewis said. It’s crucial for health agencies and community organizers to broadly disseminate information on how to reduce the risk of infection ahead of major celebrations and festivals this summer, she said.

It’s also unclear whether the virus can spread when people are infected but don’t have symptoms, known as asymptomatic transmission.

The U.S. CDC recommends that people avoid intimate physical contact with individuals who have a rash that looks like monkeypox, and consider minimizing sex with multiple or anonymous partners. People should also consider avoiding sex parties or other events where people aren’t wearing a lot of clothing.

Individuals who do decide to have sex with a partner who has monkeypox should follow CDC guidance on lowering their risk, according to the health agency.

In the past, monkeypox normally began with symptoms similar to the flu, including fever, headache, muscle aches, chills, exhaustion and swollen lymph nodes. The disease then progressed into a rash that can spread over the body. Patients are considered most infectious when the rash develops.

But in the current outbreak the symptoms have been atypical. Some people are developing a rash first, while others are showing a rash without any flu-like symptoms at all. Many patients have developed a localized rash on their genitals and anus.

Although monkeypox can spread through respiratory droplets, that method requires prolonged face-to-face interaction, according to the CDC. Health officials do not believe monkeypox is spreading through small aerosol particles like Covid. Respiratory droplets are heavier so they do not stay airborne for as long, while Covid is an airborne virus, which is one of the reasons it’s so contagious.

Monkeypox can also spread through contact with contaminated materials, such as bedsheets and clothing.

Because monkeypox is not a new virus, there are already vaccines and antivirals to prevent and treat the disease it causes, though they are in short supply. The U.S. is already distributing tens of thousands of doses of a vaccine called Jynneos in an effort to quash the outbreak. The Food and Drug Administration approved the two-dose vaccine in 2019 for adults ages 18 and older who are at high risk of monkeypox or smallpox infection.

The Biden administration has distributed more than 300,000 Jynneos doses to states and cities since May and another 786,000 doses are being delivered to the U.S. The Health and Human Services Department has ordered another 5 million doses through 2023.

CDC Director Dr. Rochelle Walensky said the demand for monkeypox vaccines is outstripping the available supply in the U.S., which has led to long lines in places such as New York City — an epicenter of the outbreak.

The U.S. also has more than 100 million doses of an older generation smallpox vaccine called ACAM2000, made by Emergent BioSolutions, that is also likely effective at preventing monkeypox. But ACAM2000 can have serious side effects and is not recommended for people who have weak immune systems, including HIV patients, people who have certain skin conditions and pregnant women.

ACAM2000 uses a mild virus strain in the same family as monkeypox and smallpox to confer immunity. But the mild strain used by the vaccine can replicate, which means people who receive ACAM2000 have to take precautions to make sure they do not give the virus to others or spread a rash from the injection site to other parts of their body. The Jynneos vaccine does not have this risk because it does not use a replicating virus strain.

There is no data yet on the effectiveness of the vaccines against monkeypox in the current outbreak, according to the CDC.

The WHO is not recommending mass vaccination at this time, and the U.S. is currently reserving the vaccines in its stockpile for people who have confirmed or presumed monkeypox exposures. Unlike Covid, vaccines against smallpox and monkeypox can be administered after exposure due to the viruses’ long incubation period. But the vaccines need to be administered within four days of exposure for the best chance of preventing onset of the disease, according to the CDC.