HomeTechnologyWhy Arm's lawsuit against Qualcomm is a big deal
Technology

Why Arm’s lawsuit against Qualcomm is a big deal 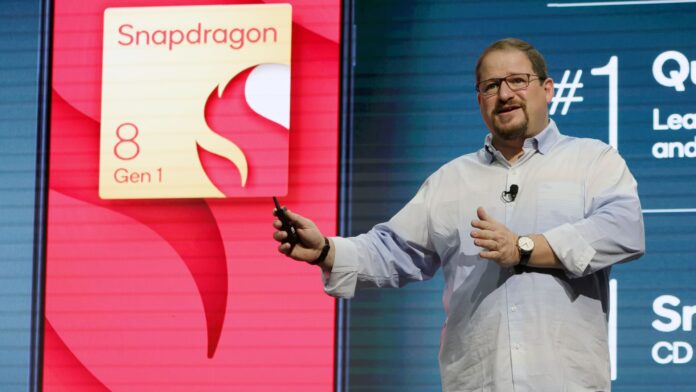 Qualcomm Inc. President and CEO Cristiano Amon speaks during the company’s press event for CES 2022 at the Mandalay Bay Convention Center on January 4, 2022 in Las Vegas, Nevada. CES, the world’s largest annual consumer technology trade show, is being held in person from January 5-7, with some companies deciding to participate virtually only or canceling their attendance due to concerns over the major surge in COVID-19 cases.

Arm is suing Qualcomm, putting two of the most valuable semiconductor firms into direct conflict, and raising questions about the future of the partnership between the two firms.

The lawsuit, filed on Wednesday in the U.S. District Court for the District of Delaware, comes at a critical time for Arm as its owner Softbank hopes to soon list the firm on public markets after a deal to sell it to Nvidia fell through because of regulatory scrutiny.

But the suit also threatens Qualcomm’s expansion plans, as it was hoping to use Nuvia processor designs at the heart of the dispute to compete more directly with Apple’s chips for iPhones and Macs, and possibly use them to crack the server chip market, a lucrative space dominated by Intel and AMD. Nuvia was founded by ex-Apple chip designers and Qualcomm spent $1.4 billion to acquire it in 2021. Qualcomm’s current Snapdragon chips for smartphones are also based on Arm technology.

Arm is seeking damages and to force Qualcomm to destroy information and hardware from the Nuvia acquisition including chips, dies, packaging and promotional materials.

The dispute centers around the rights to develop a chip using Arm’s instruction set architecture (ISA), a core piece of intellectual property with origins dating back to 1985 that outlines how a chip performs basic functions like accessing memory or basic arithmetic.

The rise of Arm in recent years

Arm-based chips have been ascendant in recent years because they’re more power-efficient than the x86-based chips made by Intel and AMD. Over 29 billion chips based on Arm technology were shipped in 2021, including the chips at the heart of Apple’s iPhones, Macs and iPads.

Some companies, like Apple, license the ISA from Arm, then design their own physical processor circuits to implement the ISA instructions. Other companies, like Qualcomm historically, also buy the rights to full core designs from Arm, marketed as Cortex. Arm reported $2.7 billion in sales from licensing and royalties in 2021.

The suit highlights the tension between Arm’s business licensing the underlying intellectual property to make processors that could compete with the company’s own designs. Arm said last year that it considered Qualcomm to be a competitor and that architectural licenses pose a threat to its implementation business.

Lawsuits over intellectual property and contracts in the semiconductor industry are common. But the Arm-Qualcomm lawsuit is a significant conflict over the ability to design the kind of chip at the heart of nearly every smartphone in the world. It could have significant ramifications for chip startups and could open up a path to adoption for open-source alternatives to Arm.

Qualcomm general counsel Ann Chaplin said in a statement that the dispute was a departure from a “longstanding, successful relationship.”

“Arm has no right, contractual or otherwise, to attempt to interfere with Qualcomm’s or NUVIA’s innovations,” Chaplin said. “Arm’s complaint ignores the fact that Qualcomm has broad, well-established license rights covering its custom-designed CPUs, and we are confident those rights will be affirmed.”

Meanwhile, Arm said in a statement that the company was “left with no choice other than to bring this claim against Qualcomm and Nuvia to protect our IP, our business, and to ensure customers are able to access valid Arm-based products.”

Qualcomm bought Nuvia because it wanted its chips to have better performance than what it could do with an off-the-shelf Arm processor design, especially to compete with Apple’s high-efficiency custom Arm cores. Nuvia, a startup founded by former Apple and Google engineers, was developing a server chip with custom cores under an architecture license. It also had access to Arm’s core designs.

After the acquisition, Qualcomm placed Nuvia at the heart of its smartphone and PC strategy, using the startup’s cores to make its laptop processors more competitive with Apple’s M-series chips in products launching as soon as 2023.

Qualcomm was also pitching Nuvia-based cloud processors to cloud providers such as Amazon, according to Bloomberg News.

If that holds in court, Qualcomm’s entire chip strategy could be in flux.

There may be an alternative route, however.

Karl Freund, founder and analyst at Cambrian AI Research, speculated that Qualcomm could try to use RISC-V, an open source alternative to Arm’s instruction set.

Arm told regulators in December that “RISC-V’s momentum is accelerating” and that established vendors are increasingly using it instead of Arm’s instruction set. A few startups are currently building CPU cores based on RISC-V, but it has yet to be used in high-volume smartphones, which all currently use Arm.

Arm’s efforts to enforce its intellectual property with long-term partners, however, will likely prompt companies building custom Arm cores to take another look at open-source alternatives.

Dropbox helped end thumb drive era, but the cloud is getting crowded