Why even more Americans are arming up with AR-15 guns 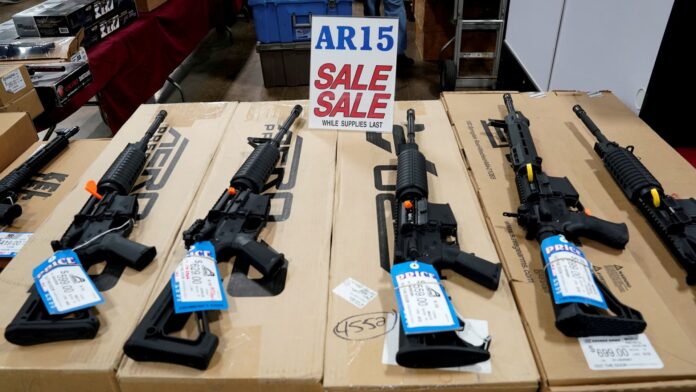 The AR-15 is one of the most controversial weapons in America.

Lightweight and easily customizable AR-15 style weapons have skyrocketed in popularity in recent years, taking center stage at gun ranges and shooting competitions across the country. Advocates say the weapons are a symbol of freedom, and important for personal safety.

“I am smaller and less capable to handle violence, and a firearm is the great equalizer,” said Dianna Muller founder of the DC Project, which advocates for firearm education. “I go to bed comfortably and do not worry about it at all because I have an AR-15 beside my bed.”

As of 2018, there were an estimated 393 million civilian-owned firearms in the U.S., according to the Switzerland-based Small Arms Survey, a government-backed global organization. As of 2020, there were about 20 million AR-15-style weapons in the country, according to the National Shooting Sports Foundation, a trade association.

Firearm manufacturers have seen revenue surge, taking in about $1 billion from the sale of AR-15 style weapons in the past decade.

The weapons have been involved in a number of mass shootings, including at an elementary school in Uvalde, Texas, earlier this year that killed 19 children and 2 teachers. Critics argue the weapons are aggressively marketed by gun companies targeting at-risk young males.

In an effort to stem the flow of mass shootings, the U.S. House of Representatives last month passed legislation that would ban assault weapons. That measure is likely to face defeat in the Senate.

So what’s behind the popularity of the AR-15, and what responsibility do gun makers have when their products are used in mass shootings? Watch the video to learn more.

Can The North Face compete with Patagonia?
How airlines are dealing with rising air rage cases

This growth fund is among the best this year. Here’s what it’s buying