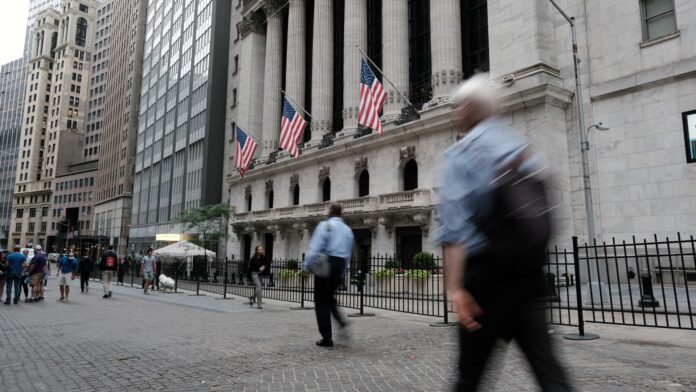 Market pros closely track the spread between longer-duration Treasury yields and shorter-duration yields, with the former typically higher. The 2-year Treasury yield narrowly held above the 10-year. That so-called inversion, particularly if sustained, is often interpreted as a warning sign that the economy may be weakening, and a recession could be on the horizon.

On Wednesday, the latest Federal Reserve meeting minutes showed that the central bank was leaning toward another 75 basis point rate hike this month as it focuses on bringing down inflation.

On the data front, the June employment report is due later on Friday at 8:30 a.m. ET. It’s expected to show another month of strong hiring, bucking any signs of an impending economic slowdown.

Economists predict that the U.S. economy added 250,000 jobs last month and that the unemployment rate will remain flat at 3.6%, according to Dow Jones.

These drugmakers could rally more than 40% amid new developments in Zantac lawsuit, Citi says