HomeUSA10-year Treasury yield in focus ahead of Fed meeting
USA

10-year Treasury yield in focus ahead of Fed meeting 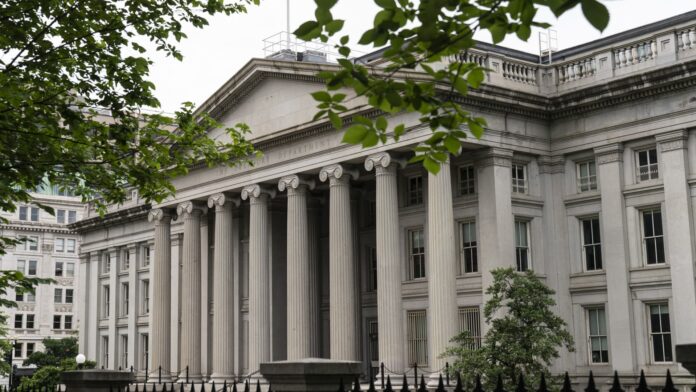 Treasury yields fell on Tuesday as investors assessed the prospect of the Federal Reserve taking the most aggressive step yet in its fight to lower soaring inflation.

The yield on the benchmark 10-year Treasury note slipped around 9 basis points to 3.276%, paring gains after climbing to 3.39% and notching its biggest move since 2020 in the previous session.

The 2-year and 10-year Treasury yield curve on Monday briefly inverted for the first time since early April as investors braced for the prospect of aggressive monetary policy tightening to lower inflation. This measure is closely monitored by traders and is often seen as an indicator of a recession.

It comes after an intense sell-off during the regular session on Wall Street as market participants await the start of the Federal Reserve’s two-day policy meeting, which concludes on Wednesday.

“The move in the 10-year Treasury yield toward 3.5% shows the market’s fear that the Fed may fall further behind the curve is increasing. In turn, this will give the Fed less room to ‘declare victory’ and ease off on rate hikes,” Mark Haefele, chief investment officer at UBS Global Wealth Management, said.

“As a result, the risks of a Fed-induced recession have increased, in our view, and the chances of a recession in the next six months have risen,” Haefele added.

Investors are bracing themselves for a 75 basis-point hike from the Fed this week, rather than a 50 basis-point hike many had come to expect. That’s because last week’s inflation report showed prices running hotter than expected.

On the data front, the National Federation of Independent Business survey for May will be released at around 6 a.m. ET, with the producer price index for May set to follow at 8:30 a.m. ET.

The U.S. Treasury on Tuesday is scheduled to auction $34 billion in 52-week bills.