HomeBusiness36% of high earners are living paycheck to paycheck
Business

36% of high earners are living paycheck to paycheck 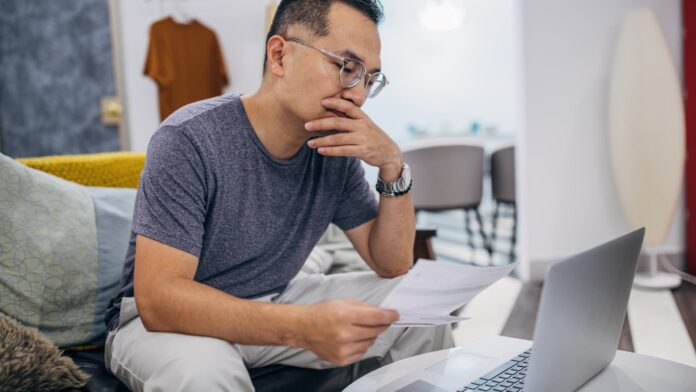 More than a third of high-earning American workers feel strapped for cash — a share that has risen dramatically in recent years.

Thirty-six percent of U.S. employees with salaries of $100,000 or more are living paycheck to paycheck — twice as many who said they were in 2019, according to a survey conducted by Willis Towers Watson, a consulting firm.

However, the high earners are the only group that saw an increase in their paycheck-to-paycheck ranks in the last three years.

Willis Towers Watson polled 9,658 full-time employees from large and midsize private employers in December and January 2022, before the most recent inflation readings.

The findings are similar to a recent LendingClub survey that found 36% of people earning at least $250,000 a year live paycheck to paycheck.

Inflation may push more to live paycheck to paycheck

Quickly rising costs for food, transportation and other areas of household budgets may put further stress on families’ ability to save money, Smrecek said.

The Consumer Price Index was up 8.6% in May from a year earlier, the highest inflation reading in about 40 years. The Federal Reserve raised its benchmark interest rate by 0.75 percentage points on Wednesday — the largest increase since 1994 — as part of an ongoing effort to rein in consumer costs.

“These numbers are likely to increase if we see these inflation results continue,” Smrecek said of people living paycheck to paycheck.

The drivers of financial stress differ depending on income. The highest earners cited housing expenses as the most acute challenge, whereas low earners were more likely to report difficulties with debt, for example, Smrecek said.

While the survey doesn’t break down specific housing expenses, employers have anecdotally pointed to increased costs for rents and mortgages as workers relocated residences during the pandemic, Smrecek added. Higher-income employees are more likely than lower earners to have jobs that allow them to work remotely.

Some financial planners recommend Americans who are strapped for cash try adopting a 50-20-30 rule to bring their spending into line. This involves allocating 50% of after-tax income to essential expenses, 30% to discretionary expenses, and the remaining 20% to savings, investment and debt reduction.