5 things to know before the stock market opens Friday, November 4 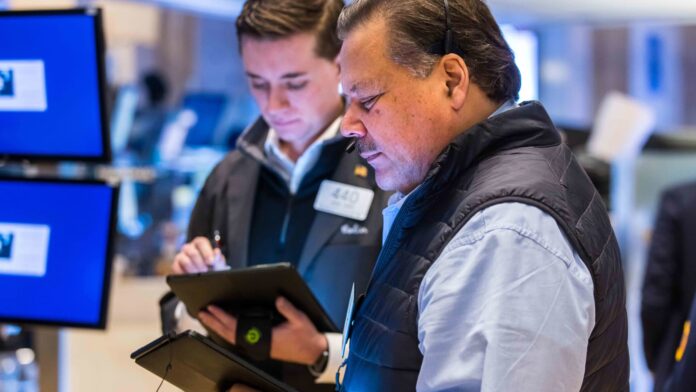 The federal government’s monthly jobs report hits this morning, giving investors a big data point as they game out what the Federal Reserve could do next in its rate-hiking quest to vanquish inflation. Economists polled by Dow Jones estimate that the economy added 205,000 jobs last month. That would represent a slight slowdown. Yet they also expect the unemployment rate to have stayed at 3.5%, which reflects tightness in the labor market – and will likely fuel the Fed’s rationale for continued rate increases. Stocks, meanwhile, are coming off a negative session Thursday. Read live market updates here.

Yet another ominous sign for Big Tech: Amazon said yesterday that it would pause hiring across its corporate workforce. The company had already frozen new hires in its corporate retail workforce, but this new move covers a broader array of businesses there. After thriving during the earlier days of the Covid pandemic, when people would order all sorts of goods from Amazon as they were stuck at home, the company is mired in a slump. Consumers aren’t buying as much stuff and have shifted more to experiences, ie, food, hospitality and travel. (See below.) Amazon warned of a rough holiday quarter, and its market cap has fallen under the elite $1 trillion level. Meanwhile, Amazon founder and former CEO Jeff Bezos is thinking about bidding for the NFL’s Washington Commanders.

Speaking of consumers’ preference for food instead of goods these days, Starbucks customers are still paying up for the coffee chain’s drinks despite price increases. In its quarterly earnings report Thursday, the company also said store traffic in the U.S. had almost rebounded fully to levels seen in 2019, before the Covid pandemic. Cold drinks continue to be a major driver of sales – they accounted for three-quarters of beverage sales at company-owned locations in the United States, the company said. And while it’s often the target of snark every fall, the company’s Pumpkin Spice Latte enjoyed a 70% increase in sales compared with the prior-year period.

The Twitter logo is displayed on the exterior of Twitter headquarters on October 26, 2022 in San Francisco, California.

Elon Musk’s Twitter told staffers in an email Thursday night that it would start notifying people by email whether they would be laid off or kept on, according to NBC News. If they are retained, they will receive an email at their work account. People who are laid off will be notified in their private email accounts. “It’s total chaos, house melting down, everyone looking towards this email,” one employee told NBC. Yet there are Twitter employees who are eager to get out of the company and receive severance now that it’s in the hands of Musk, who has spread conspiracy theories and has indicated he would loosen content moderation standards. “At the end of this nightmare, I better get a cash prize,” an employee said to NBC.

Ukraine President Volodomyr Zelenskyy praised the United Nations’ International Atomic Energy Agency for finding no evidence that his government was working on a so-called dirty bomb, as Russia had claimed. Russia drew rebukes for its suggestion, and Ukraine denied it out of hand. “We have invited the IAEA to check, we have given them full freedom of action at the relevant facilities, and we have clear and irrefutable evidence that no one in Ukraine has created or is creating any dirty bombs,” Zelenskyy said. Dirty bombs, which use conventional explosives to spread radioactive material, are less potent than nuclear weapons but can still render an area of land uninhabitable. Read live war updates here.