HomeUSAA market in full panic mode is setting up a buying opportunity,...
USA 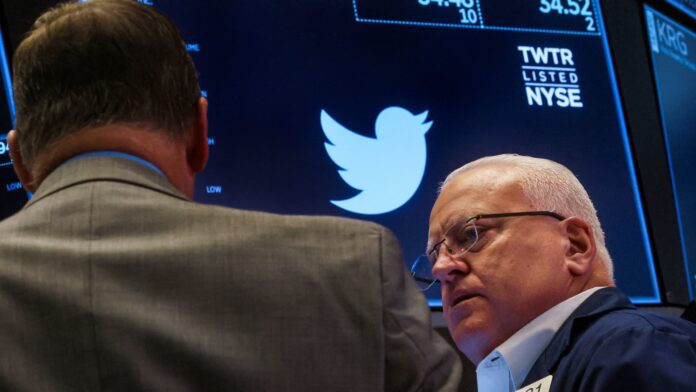 Investors are in a full-on panic, slashing allocations to stocks and increasing cash levels amid the lowest expectations for economic growth in the history of a closely watched Bank of America survey. The survey, released Tuesday, also indicated pessimism about corporate profits and a belief that while inflation is likely to come down , stagflation isn’t going anywhere and the biggest “tail risk” is still that central banks will go too far to bring down soaring price pressures. Amid all that bad news comes one bit of hope — that sentiment is so dire it could be setting up a relief rally in the days ahead. “Fundamentals poor but sentiment says stocks/credit rally in coming weeks,” wrote Michael Hartnett, Bank of America’s chief investment strategist. “Contrarian Q3 trade is risk-on if no Lehman” while inflation falls and the Fed changes course on policy tightening by Christmas, he added. The September 2008 collapse of Lehman Brothers was a watershed moment, tipping off the worst of the Great Financial Crisis and serving as a benchmark for the depths of investor sentiment and market liquidity conditions. The July BofA Fund Manager Survey harkened back to that time. Allocations to stocks among portfolio managers turned the lowest since October 2008, the month after Lehman’s fall. The net 58% of managers who say they are taking lower-than-normal risk levels rose 10 percentage points from June and actually surpassed Lehman levels, an indicator of just how much fear is spreading amid a decelerating economy , high inflation and weakening corporate earnings. Cash levels rose to 6.1% of portfolios, up half a percentage point to the highest level since October 2001. Economic expectations also are getting worse, with a net 79% expecting a weaker economy over the next year, the worst reading in the survey’s history going back to 1995. As part of that bleak economic outlook , most investors — a record net of 90% — think inflation will begin to fall but stagflation, or lower growth amid higher-than-normal inflation, will persist. In addition to the big cash positions, investors are long defensive stocks and commodities, while taking big short positions in stocks, European assets and discretionary shares in particular. While Hartnett said all the pessimism could be building to a buying opportunity, the relief rally could be short-lived: Bank of America last week slashed its end-year outlook for the S & P 500 to a Wall Street-low 3,600, down from 4,500. That implies a nearly 7% drop from Monday’s close.

Where Walmart, Amazon, Target are spending billions in slowing economy