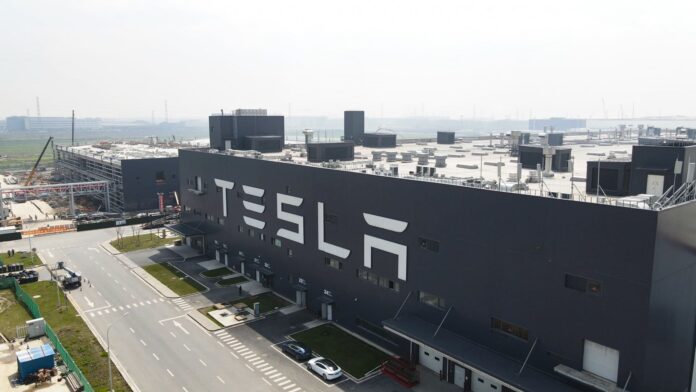 Bernstein’s Toni Sacconaghi is not seeing the software giant in Tesla his counterparts on Wall Street do. An analysis from the firm found Tesla’s software brings in about $290 million per quarter, or 1.3% of total revenue. That is under 5% of gross profits. Sacconaghi rated the stock as underperform with a price target of $150, which would be a 34% drop from shares’ close on Tuesday at $227.82. That differs from much of Wall Street, with only 10% of analysts rating the stock as underweight or a sell compared to 61% who rate it outperform or a buy and 29% who rate it at hold, according to FactSet. The average analyst polled by FactSet gave it a price target of $293.43, which would be an upside of 28.8%. The bull case on Tesla and its software is that the company is able to deliver complete full self-driving functionality, known as FSD, before anyone else. That would theoretically lead to greater uptake rates of the feature, supporters say, but Sacconaghi rebuts that argument. “We are less sanguine on this scenario, believing that FSD pricing will largely be competed away over time, as nearly every other automotive technology and feature has been historically,” he said. Primary drivers of software revenue The first major driver of current software revenue comes from deferred revenue recognition stemming from its software updates. This added up to $48 million in the last quarter or around $5 per month per car. But Sacconaghi expects that number to come closer to $3 over time as the previous rate included supercharging fees for its cars, which is now no longer included. The second driver of software revenue comes from software that allows for enhanced Autopilot and full self-driving. The rate of users adding full self-driving is likely around 5%, according to the analysis. Factoring in enhanced Autopilot, which is the lower-priced enhancement option that only includes some FSD features, brings the estimate up to between 10% and 12% for the two enhancement options combined. The rate of people opting for FSD has declined to that roughly 5% estimate from more than 40% in the second quarter of 2020 as the price of the addition tripled and the customer base grew from excited company fans to a broader cross section. Tesla offers a monthly subscription option but stated in 2021 the rate of participants in that plan was “not significant.” The analysis found enhanced Autopilot and FSD amounted to the lion’s share of software revenue, bringing in around $240 million. With the one-time purchases of FSD, the company recognizes a portion, estimated to be around 60%, at the time of sale and defers the remainder until features are completed. The analysis points to an additional estimated $1.7 billion in deferred revenue from the two services on Tesla’s balance sheet. “Because the recognition of deferred revenue from FSD is based on management’s assessment on progress towards full self-driving, the revenue recognition is unpredictable, lumpy, and somewhat discretionary,” Sacconaghi said in a note to clients. “A cynic might say that it is a ‘cookie jar’ from which management could release revenues and improve margins at its discretion, although there may be objective recognition criteria that are simply not being disclosed to the public.” Contention with ‘bullish assumptions’ The electric vehicle maker has other software offerings such as premium connectivity for an extra fee and an “acceleration boost” for specific models. But Sacconaghi believes revenues from those are “very limited.” Sacconaghi said the “dream case” for FSD uptake could justify Tesla’s current valuation and that those bullish on the stock expect it being first on the technology would increase the rate of car buyers adding the feature. (There is a beta offering for FSD that has received mixed reviews .) But he said the current prices factored into estimates likely wouldn’t hold as more competitors enter the market. “Perhaps our biggest contention with underlying bullish assumptions on Tesla and FSD is the sustainability of pricing on FSD,” Sacconaghi said. “We believe that over time, every car will ultimately offer FSD — and as such, we believe that pricing will likely come down, given the highly competitive nature of the industry,” he said. “This has largely been the case with every technology/safety feature introduced in cars historically, including electric windows, anti-lock braking systems, air bags, cruise control, blind spot detection, etc.” — CNBC’s Michael Bloom contributed to this report.

Sam Bankman-Fried will now surrender himself for extradition before Bahamian court Monday: Source