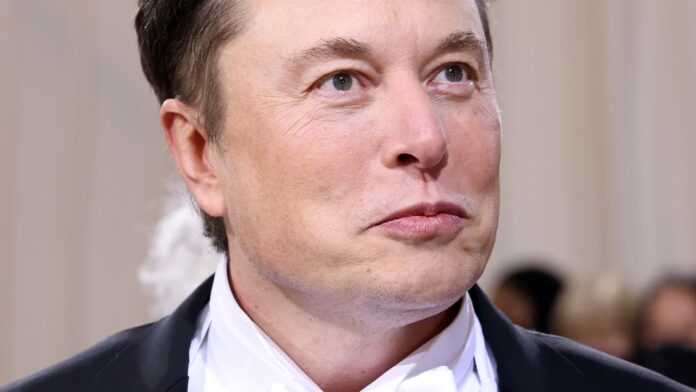 Elon Musk, here seen at an event in New York in early-May, is being aggressively wooed to set up facilities to produce his electric vehicles “end-to end” in resource-rich Indonesia.

Activist investors SOC Investment Group have asked federal financial regulators to investigate Tesla over plans to shrink the size of its board from eight to seven members and close one slot for an independent director.

Tesla announced in its June preliminary proxy filing that Oracle founder Larry Ellison does not plan to stand for reelection at this year’s annual shareholder meeting and the company does not plan to nominate anyone new to replace him. The investor group urged the Securities and Exchange Commission to reject that filing, according to a letter to the agency shared with CNBC.

Formerly known as CtW Investment Group, SOC argues that Tesla’s plan and Elon Musk’s continued use of social media to publish material business info without preapproval from a securities lawyer violate the terms of a settlement agreement that Tesla and Musk struck with the SEC in 2018.

SOC’s research director Rich Clayton told CNBC this week that his group has been concerned for a long time about “non-independence on Tesla’s board.” He referred to Tesla’s 2016 acquisition of SolarCity, a company founded by Musk’s first cousins, funded by Musk and where he served on the board.

“The board has repeatedly made decisions not in the long-term best interests of Tesla, but driven by Elon Musk’s personal interests,” Clayton told CNBC.

“We think other long-term shareholders should be concerned about proposed changes to the board’s composition,” he said. “The Tesla board has not been willing to respond to shareholders by doing what shareholders say they want. They can evade things shareholders propose and vote for.”

The SEC sued Tesla and Musk for civil securities fraud in 2018 after Musk tweeted that he was considering taking Tesla private at $420 per share and had “funding secured” for the deal. Shares soared, then trading halted. In the 16 months that followed, Tesla stock hit a three-year low around $177 per share in June 2019 before surpassing $420 later that year. The stock is currently trading around $670 after peaking over $1,200 in November.

To satisfy the terms of the consent decree, Musk and Tesla paid a $20 million fine each, and Musk agreed to have tweets containing information likely to impact Tesla stock vetted by a securities lawyer before posting. The Tesla board had to add a higher ratio of independent directors to its ranks, as well.

Through its life as a public company, Tesla’s board has included several personal or business associates of Musk, including his brother Kimbal, who also served as a board member at his aerospace venture SpaceX until recently.

Tesla appointed Ellison and former Walgreens exec Kathleen Wilson-Thompson to serve as independent directors at the end of 2018 to change that mix. At the time, Ellison called himself a “very close friend” of Elon Musk. He also owned around $1 billion of shares in the electric car company.

In a letter to the SEC this month, SOC wrote:

“Ample evidence, including statements from CEO Elon Musk, indicates that, contrary to the requirements of the consent decree, the Tesla Board of Directors has not exercised effective oversight or established a credible pre-clearance process for Mr. Musk to follow when making potentially material public statements regarding Tesla.”

The group added, “As a result of these failures to comply with the consent decree, Tesla shareholders have experienced sharp gyrations in the value of their shares, largely stemming from exactly the type of off-the-cuff statements from Mr. Musk that prompted the SEC to take action against Mr. Musk and Tesla originally.”

The SEC has already opened multiple investigations of Elon Musk and Tesla regarding possible insider trading, Musk’s disclosures about his Twitter stake and his compliance with the settlement agreement, according to correspondence between the agency and Tesla and court documents.

Musk has also accused the SEC of squashing his rights to free speech through the settlement and their investigatory activity and has filed an appeal to get out of at least some of the terms of the settlement agreement.

Tesla and Musk are represented by Alex Spiro in the SEC matter. They did not respond to a request for comment when presented with the activist investors’ letter by CNBC.

SOC Investment Group works with union-sponsored pension funds that have around $250 billion in assets under management. The group generally files shareholder resolutions concerning corporate governance and social responsibility. They will notify regulators, other shareholders and pension fund managers when companies in their portfolios are behaving in a way that appears irresponsible and likely to have a negative impact to a company’s long-term financial health.

The same group helped compel McDonald’s shareholders, for example, to vote for an independent civil rights assessment of the fast-food titan after McDonald’s attracted several anti-discrimination and anti-harassment lawsuits in preceding years.

Although Tesla is facing myriad lawsuits over alleged racist discrimination against Black employees, the SOC Investment Group is not proposing that Tesla conduct a racial equity audit at this time.

Clayton explains, “The lack of independence that we see with the Tesla board clearly indicates to us that it will be tough to get this board to do the right things in terms of addressing any number of serious internal issues, cases and allegations.”