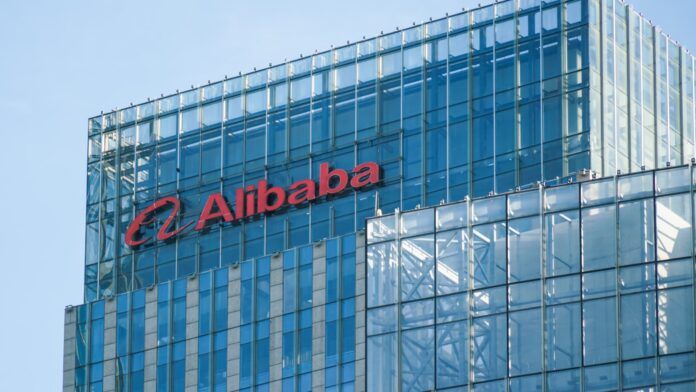 Alibaba’s Hong Kong-listed stock jumped as much as 6% on Tuesday after the company said it will apply for a dual primary listing in Hong Kong.

Alibaba‘s Hong Kong-listed stock jumped 6% on Tuesday after the Chinese tech giant said it will apply for a dual primary listing in Hong Kong, before paring some gains.

The tech giant’s shares are already traded on both U.S. and Hong Kong exchanges, but the current listing in Hong Kong is a secondary one.

The primary listing process in Hong Kong is expected to be completed before the end of 2022, the company said in a press release.

The Hong Kong Exchange recently changed rules, making it easier for more companies to get dual primary listings in the Chinese financial hub. Alibaba is reportedly the first large company to take advantage of this rule change, according to Reuters.

“We have received approval from the Board to apply to add Hong Kong as another primary listing venue, in the hopes of fostering a wider and more diversified investor base to share in Alibaba’s growth and future, especially from China and other markets in Asia,” Alibaba Group Chairman and Chief Executive Officer Daniel Zhang said, according to the media release.

The move is “very strategic” because the Hong Kong market has not offered as much liquidity to Alibaba as the U.S. market, said Ronald Wan, non-executive chairman of Partners Fintech Holdings.

“We need something else, we need Stock Connect to bring in mainland investors to invest in the stocks,” he told CNBC’s “Street Signs Asia” on Tuesday.

Having a primary listing in Hong Kong will allow Alibaba to be included in the Shenzhen-Hong Kong Stock Connect, which gives investors in mainland China access to the stock.

Chinese electric vehicle makers Xpeng and Li Auto have dual primary listings in Hong Kong and the U.S., and have both been included in the stock connect scheme.

A China Renaissance report from January noted that, based on historical data, the turnover and velocity of companies with a secondary listing in Hong Kong are much lower than that for ADRs in the U.S.

ADRs are American depositary receipts, which serve as proxies for shares of foreign companies that list in the U.S.

At the same time, Wan said Alibaba is preparing itself even as the U.S.-China dispute over accounting issues continues.

U.S. and Chinese regulators have been working to resolve an audit dispute that has threatened U.S.-listed Chinese companies with delisting.

“In case something goes really wrong … Alibaba can shift its primary listing status back to Hong Kong and still enjoy a reasonable liquidity in terms of stock trading,” he said.

“I think it will be a good move to the company and to its investors as well,” he added.

Ether falls this week as ‘merge’ hype fades. The crypto outlook from here

I can’t recommend Simulations Plus