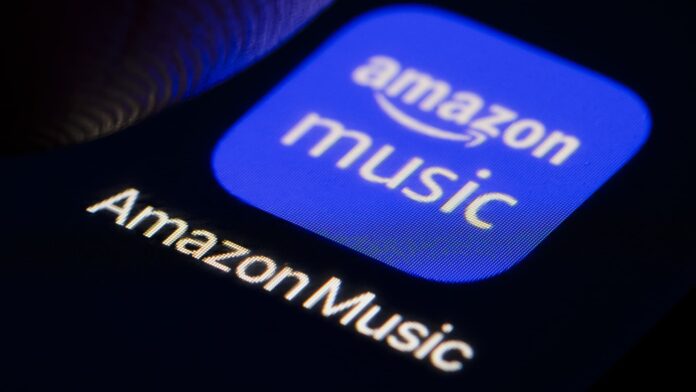 The Logo of music streaming platform and online music store Amazon Music is displayed on a smartphone on December 14, 2018 in Berlin, Germany.

Amazon is expanding its selection of ad-free music and podcasts for Prime members, the latest effort to sweeten the perks offered in its mainstay subscription program.

Amazon is significantly boosting its music library available to Prime subscribers to 100 million songs, up from 2 million, the company announced Tuesday. The songs will be free of ads, but users can only listen by shuffling artists, albums or playlists, instead of selecting songs on demand.

Separate “All-Access” playlists, which are tailored to listeners’ preferences, can be played on demand and downloaded for offline listening, Amazon said.

“When Amazon Music first launched for Prime members, we offered an ad-free catalog of 2 million songs, which was completely unique at the time,” said Steve Boom, VP of Amazon Music, in a statement. “We continue to innovate on behalf of our customers, and to bring even more entertainment to Prime members, on top of the convenience and value they already enjoy.”

The company is also giving Prime members access to a selection of ad-free podcasts, including shows from CNN, NPR, The New York Times and ESPN, along with content from Wondery, the podcasting start-up Amazon acquired in 2020.

Amazon launched its Prime program in 2005, offering users speedy delivery, video streaming and other perks. The company recently hiked the price of Prime, which counts 200-million plus members globally, from $119 to $139 a year, and added a Grubhub food delivery benefit.

WATCH: This feels like an overreaction to Amazon earnings, says Loup’s Gene Munster

The Live Nation and Ticketmaster monopoly of live entertainment