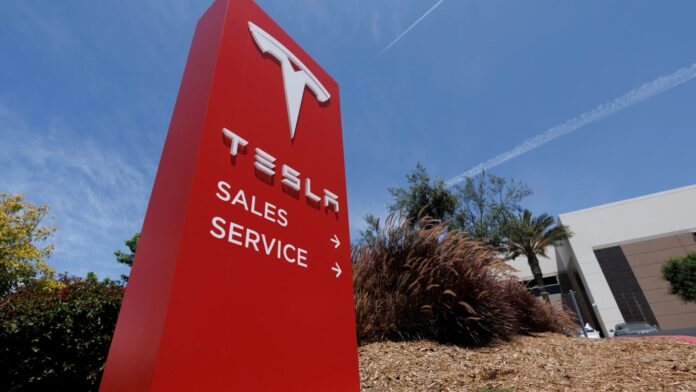 Here are Tuesday’s biggest calls on Wall Street: Goldman Sachs downgrades Boston Beer to sell from neutral Goldman said in its downgrade of Boston Beer that the outlook for hard seltzer is “deteriorating.” The firm also upgraded Molson Coors to neutral from sell and said it sees a better risk/reward. “As a result, we downgrade SAM to a Sell rating as we now see an even greater negative risk/reward as the outlook for the hard seltzer category deteriorates further, distributors reduce their hard seltzer inventory levels further, Truly volume declines accelerate (contributing to greater shelf space losses at retail) and gross margin pressures continue (especially given volume deleverage).” Credit Suisse initiates FedEx and UPS as outperform Credit Suisse said in its initiation of FedEx and UPS that they have “underappreciated long-term volume upside.” “We believe rising commodity prices and the nearshoring of manufacturing activity could drive upside to estimates that are not currently reflected in consensus targets, which we currently view as modestly conservative.” Read more about this call here . JMP initiates DraftKings as market outperform JMP said the sports-betting company is a share gainer. “DraftKings is a high growth, vertically integrated, gaming technology company with a top three market share in the U.S.” Jefferies upgrades Snowflake to buy from hold Jefferies upgraded the cloud computing software company and said it likes Snowflake’s strong execution. “We upgrade SNOW to Buy given a meaningful multiple compression over the past few months and continued execution on the platform expansion story.” Read more about this call here. JMP initiates Penn as market outperform JMP said it sees more upside in the casino stock. “Boasting the highest tax-adjusted margins in the space, PENN’ s casino margins appear to be holding comfortably over 2019 levels. UBS downgrades eBay to neutral from buy UBS said it’s concerned that eBay shares could lag when the market rebounds. “Expectations are low, with non-Focus categories declining and with Focus categories, which are doing better, comprising purely discretionary spend which could be disproportionately impacted in a downturn.” Deutsche Bank reiterates Tesla as buy Deutsche Bank lowered its price target on Tesla to $1,125 per share from $1,250 and said it sees more upside heading into earnings in late July. “Beyond the quarter, we remain impressed with Tesla’s pricing power and operational execution in the face of large industry supply chain challenges and note that Q2 should be the trough of the year.” Stifel reiterates Amazon and Alphabet as buy Stifel said Amazon and Alphabet are best positioned to weather a recession as they have little need for “external capital.” “We believe the best performing stocks in Internet eCommerce from here will be large blue chip companies without a need for external capital, a small selection of small-to-midsized companies with good growth prospects without a need for external capital, and eventually those that are small-to-midsized that may be able to work through current capital constraints.” Barclays reiterates Micron as overweight Barclays lowered its price target on Micron to $75 per share from $105 and said it’s concerned there are no near-term positive catalysts, but added that investors should stick with the stock for the long haul. “We think this is a much better company than it was last cycle but struggle with how the name works over the coming 6 months with additional end markets turning over. Long term, we do think the stock can work again but we see no catalyst near term.” Read more about this call here. Morgan Stanley reiterates Nike a overweight Morgan Stanley said the long-term opportunity shares for Nike remain after the company’s earnings report on Monday. “The China debate remains outstanding, but the muted AMC (after market close) move despite the 20%+ haircut to ’23e Street EPS implied by guide suggests the mkt. believes the L-T oppty is intact.

Chinese automakers want to bring assisted driving to the masses

Coinbase hiring pause for ‘foreseeable future’ and will rescind offers