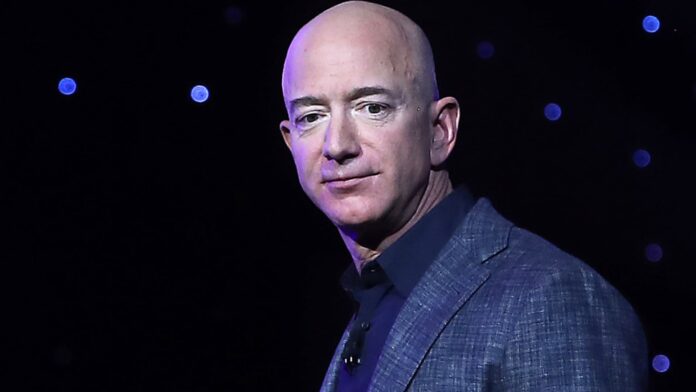 A woman who says she worked as a housekeeper for Jeff Bezos is suing the Amazon founder and companies that manage his properties, claiming she endured “unsafe and unhealthy work conditions” and was subject to racial discrimination by other staff.

Mercedes Wedaa said she was hired by Bezos’ staff in 2019 to help maintain the billionaire tech magnate’s Seattle-area property. Wedaa and other housekeeping staff regularly worked between 10 to 14 hours a day, and weren’t given adequate meal or rest breaks, she alleged in the lawsuit, which was filed Tuesday in King County Superior Court in Seattle.

The lawsuit claims there was no designated break room or rest area, and no easily accessible bathroom. Wedaa and other housekeepers were prohibited from using a toilet in a nearby security room, which resulted in employees climbing out the laundry room window to access a bathroom, according to the lawsuit, which was earlier reported by GeekWire.

The complaint alleges that Wedaa and other housekeepers frequently developed urinary tract infections because they “had to spend large parts of their day unable to use the toilet.” Housekeeping staff was also allegedly prohibited from entering the residence when the Bezos family was there, unless they were cleaning.

Household managers allegedly treated Wedaa and other Hispanic cleaning staff poorly, while they were “respectful and polite” to Bezos’ white groundskeepers and maintenance staff, the complaint states.

Wedaa claims she was ultimately fired from her role after she raised complaints about working conditions and discriminatory behavior.

Harry Korrell, a lawyer for Bezos and other defendants, which include Zefram and Northwestern, two companies that manage his interests and properties, said Wedaa was fired for performance issues.

“We have investigated the claims, and they lack merit,” Korrell said in an emailed statement. He said that Wedaa made over six figures annually and that there were multiple bathrooms and breakrooms available for her and other staff.

An attorney for Wedaa didn’t immediately respond to a request for comment.

The 2022 holiday shopping season has started