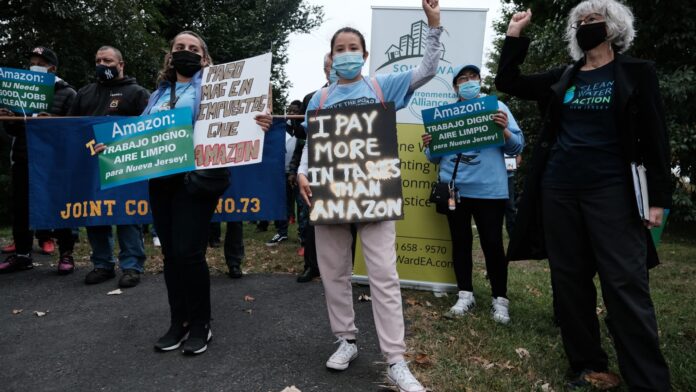 Amazon‘s plans to put a regional cargo hub at Newark Liberty International Airport have been grounded.

The Port Authority of New York and New Jersey, the airport’s operator, said in a statement Thursday that negotiations over the past year have failed to produce an agreement with the global shipper and retailer.

Last August, the Port Authority’s board approved negotiations on a 20-year lease for two 1990s-era buildings at the airport that Amazon was to redevelop into a state-of-the-art, 250,000-square-foot (23,225-square-meter) air cargo campus.

At the time, it was estimated the redevelopment alone would cost Amazon $125 million. The company would have paid $150 million as an initial payment and $157 million in rent over the next two decades. The facility was to have opened next year.

A message was left Thursday with an Amazon spokesperson.

Some labor and environmental groups and local officials had opposed the plans, claiming the hub would have increased congestion in a lower-income area already burdened with truck traffic from nearby Port Newark. They had also criticized Amazon’s working conditions for its employees.