American Express earnings reveal a bounce back in corporate travel 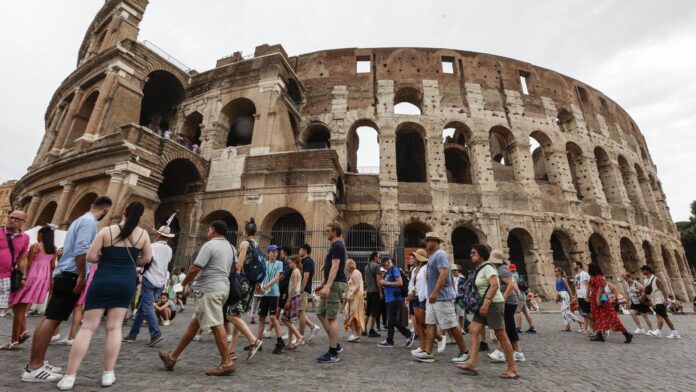 Spending on travel and entertainment came roaring back in the second quarter, and it wasn’t just consumers making the purchases, according to the latest results from American Express . The company said consumer spending in the category topped pre- Covid pandemic levels for the first time in April. Notably, there also was a significant uptick in corporate travel. The results were good enough for AmEx to raise its revenue forecast, and the company’s shares jumped more than 5% on the news . AmEx expects revenue to rise between 23% and 25% this year, up from an earlier forecast of 18% to 20%. Analysts surveyed by Refinitiv were calling for 19% revenue growth this year. Still, the company’s earnings forecast remains the same. AmEx expects to post a profit of $9.25 to $9.65 per share, which is below the $9.83 per share analysts anticipated. The results are yet another example of the conflicting headlines investors are seeing as they weigh the likelihood of a recession. Decades-high inflation is forcing the Federal Reserve to raise rates to cool off the economy. At the same time, pent-up consumer demand, particularly for experiences like travel, concerts and other entertainment, has many spending freely. In the latest quarter, AmEx said overall card spending soared 30% on a currency-neutral basis thanks to a combination of robust demand, and, of course, rising prices for so many goods and services these days. Spending by millennial and Gen Z consumers was especially robust, and jumped almost 50%, the company said. In the second quarter, AmEx earned $1.96 billion, or $2.57 per share, on revenue of $13.4 billion. That compared with average earnings estimates of $2.41 per share on revenue of $12.5 billion from Refinitiv. Revenue was up 31% from a year ago. AmEx earned $2.28 billion, or $2.80 per share, in the second quarter of 2021. Weighing on AmEx’s performance was the need to add $410 million as a provision for credit losses. Last year, it recorded a $606 million benefit. Consumers also cashed in the rewards points they earned to stretch their dollars further. That drove up expenses by nearly a third to $10.4 billion.

FTX closes in on a deal to buy embattled crypto lender BlockFi for $25 million in a fire sale, source says